by Vipul VijDecember 29, 2017
0
Now Reading
Xiaomi Yeelight Voice Assistant Is Its Answer To The Amazon Echo Dot
Browse This Page 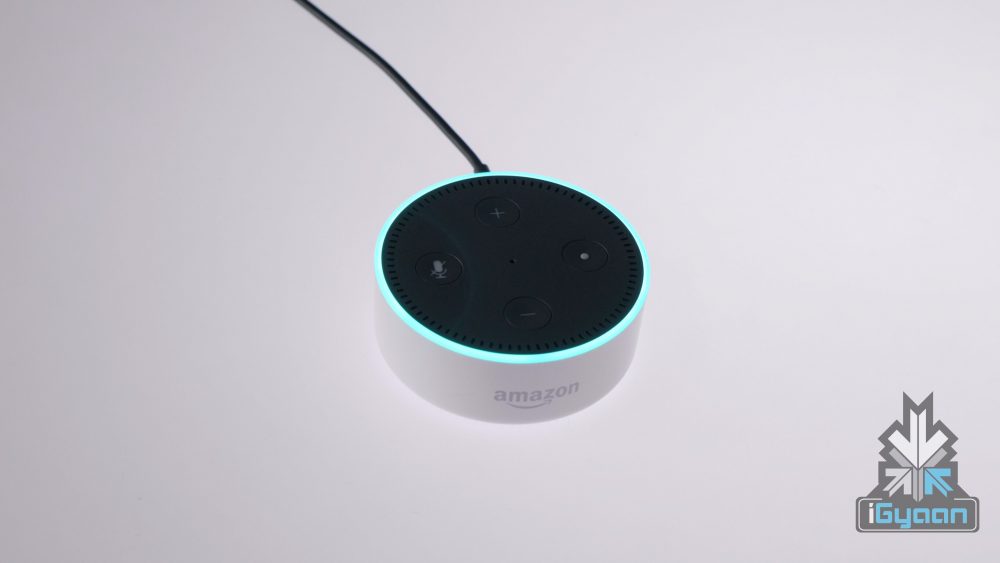 The smart speaker segment is becoming increasingly crowded nowadays. While the products started as a pricey investment into smart home tech, the likes of Amazon Echo Dot or the Google Home Mini can be bought for US $49 or less. However, one company is stepping into the segment which is known for making cost-effective smart home products but, mainly keeps them in its native market of China. Xiaomi, the famous Chinese smartphone maker has introduced the Yeelight Voice Assistant, a smart speaker which will reportedly cost about US $30. Apart from it being a smart speaker, the Yeelight Voice Assistant looks strikingly similar to the Echo Dot. With a similar colour combination of white with a blue light, the speaker grill on top and the size and shape of the speaker, anyone will be forgiven for mistaking it as the Echo Dot in the first glance.

The Yeelight Voice Assistant is a 2-watt speaker with six microphones to make it easier for it to pick up the user’s voice. The smart speaker also has a long-range voice activation capability wherein it can be activated from up to 5 meters of distance. Xiaomi claims that this possible thanks to an advanced voice wake-up algorithm.

Powering the smart speaker is a Cortex A53 quad-core processor with 256MB of RAM and an equal amount of internal storage space. This storage is likely for caching personal preferences or other specific user details.

The smart speaker, as of now, is only listed on the company’s crowdsourcing platform for a price of US $30 or roughly Rs. 1800.