Samsung Launches Its Most Affordable Tablet In India

by Vipul VijJanuary 5, 2018
0
Now Reading
Samsung Launches Its Most Affordable Tablet In India
Browse This Page 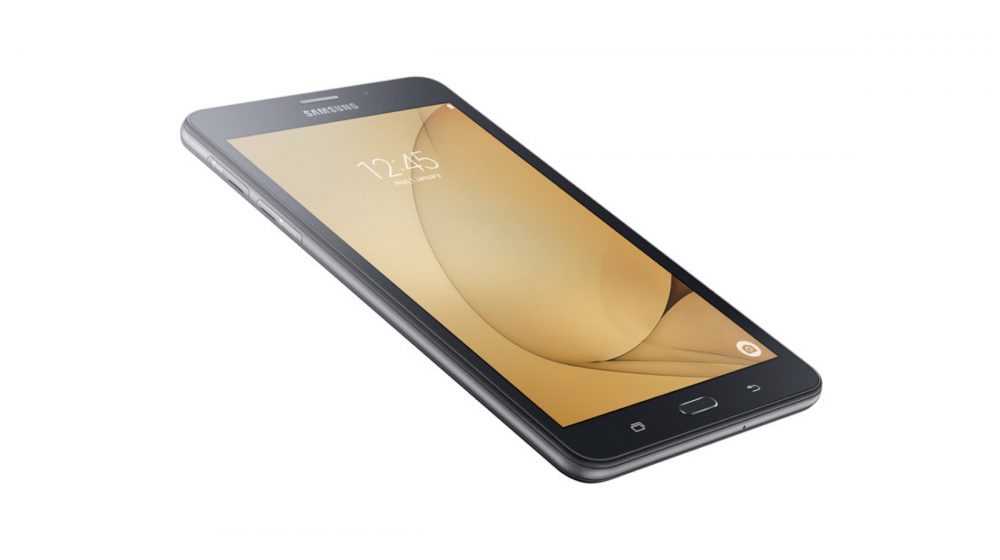 Up to 200GB
MicroSD card

The tablet industry has been going through a dwindling phase where Apple and Samsung are the only two companies consistently bring out tablets that interest the buyers. Samsung is continuing the trend of tablets with the launch of the Galaxy Tab A 7.0. The new tablet is Samsung’s most affordable tablet yet, priced at Rs. 9500. The tablet will be available across retail stores and Amazon from the 5th of January 5. With the launch of the Galaxy Tab A, the South Korean tech giant also believed that the tablet industry will see a rise in 2018. Vishal Kaul, Director at Samsung India, said the segment has seen de-growth in the past quarters, but the company has been able to expand its market share:

Tablets are more of companion devices and we have been focusing on the various use cases of this form factor. The Galaxy Tab A 7.0 is our first 4G tablet in the sub Rs 10,000- category and we are confident it will do well.

With Galaxy Tab A 7.0, we are providing our customers a device that is the perfect blend of refined design, superior display great performance and non-stop entertainment.

Under the hood, the tablet is powered by a 1.5GHz quad-core processor, 1.5GB of RAM, and 8GB of onboard storage which can be expanded via a microSD card. There is a physical home button on the front of the tablet with two capacitive navigation buttons on either side, similar to a lot of other Samsung mobile devices. Powering the tablet is a 4000 mAh battery which the company claims will provide up to 9 hours of video playback. You might think the tablet was launched in 2015 because it runs Android 5.1 Lollipop out of the box.

It has a rear-facing 5MP camera and a front-facing 2MP camera.

Tablets, over the past few years, have reached a state of obsolete where Apple appears to be the only company bringing innovation into its tablet lineup. Samsung’s new Galaxy Tab A 7.0 will enter a price segment where no other other prominent smartphone maker has a tablet, and that might be its best bet.