by Vipul VijJanuary 9, 2018
0
Now Reading
First Ever Smartphone With An In-Display Fingerprint Sensor To Be Unveiled On 10th January
Browse This Page

A few weeks ago, Synaptics released a statement in which it conceded that the company has started mass production of an in-display fingerprint sensor in association with “one of the top five smartphone makers” in the world. At the time, everyone speculated that the announcement fit the timeline of the launch of the Samsung Galaxy S9 and Galaxy S9+. However, to a lot of industry expert’s surprise, that OEM turned out to be Vivo. CES 2018 kicked off on the 8th of January in Las Vegas and the tech show has been known to showcase some of the most innovative products of the tech world. It appears that the first-ever smartphone with an in-display fingerprint sensor will also be unveiled during CES 2018. Vivo has released a teaser hinting at the revealing of its device on the 10th of January at CES. This means that unlike last year, Vivo will showcase a finished product rather than a prototype.

Early reports of the Vivo smartphone with an in-display fingerprint sensor have been positive. Analyst Patrick Moorhead detailed his experience with a pre-production Vivo phone equipped with the in-display fingerprint sensor technology. Moorhead describes the sensor as “fast and simple,” and Synaptics has claimed that it is twice as fast as 3D facial recognition like Apple’s Face ID. 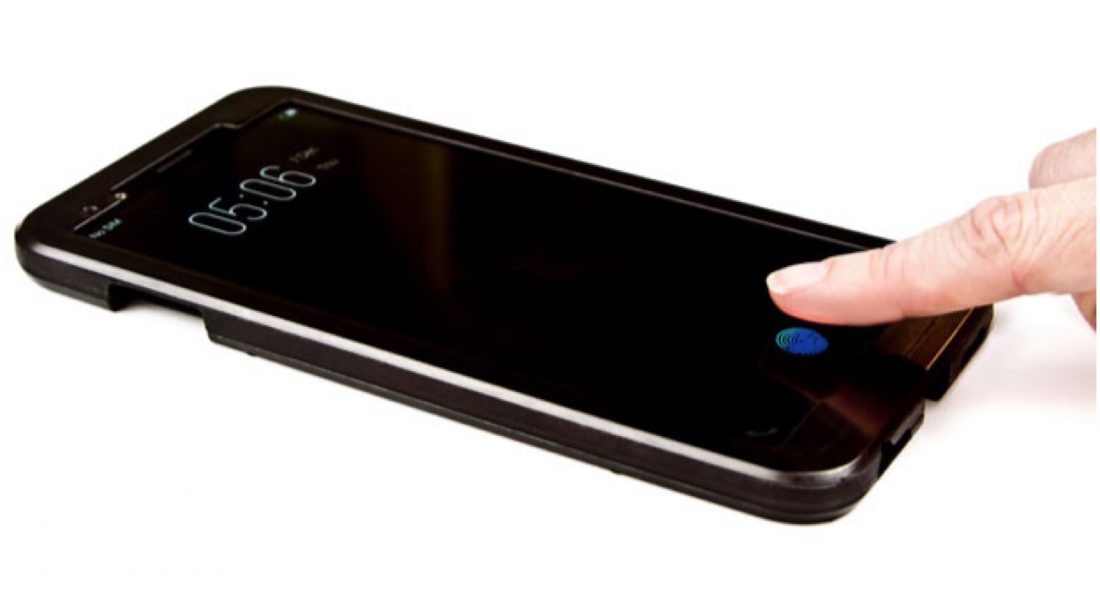 The debate of Face ID vs Fingerprint sensor might become as huge as iOS vs Android in the coming months especially if more smartphones with a similar fingerprint sensor technology are launched before Apple releases its next iteration of iPhones later in 2018. Apple has confirmed that Face ID is the future for iOS and possibly macOS devices and it won’t be going back to fingerprint sensors.

A couple of weeks ago, Synaptics also announced that it will be unveiling a smartphone with an in-display fingerprint sensor. Now, whether this is a different device with some other OEM or the same Vivo smartphone will be revealed on the 10th of January.