In this day and age of companies pulling the plug on software support only a year after launching it, Xiaomi has taken a different route. After rolling out the MIUI 9 update for the Redmi 1S, the company has started updating the Redmi Note to MIUI 9 as well.

However, it is worth noting that this updates the smartphone to MIUI 9 which is built on Android 4.4 KitKat and not Android Nougat or Oreo. While the UI of the phone sees an upgrade, the security patch is dated as far back as October 2016. The Redmi Note and Redmi Note Prime, both have started receiving the new update. 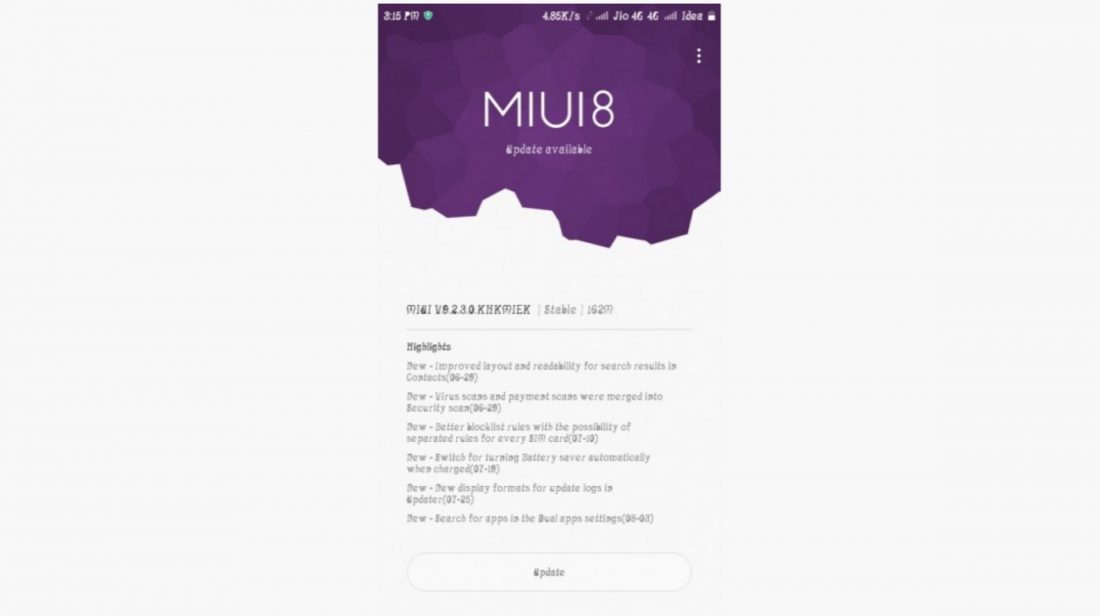 The version for the Redmi Note is MIUI 9.2.2.0.KHIMIEK, while the Prime variant is receiving MIUI 9.2.3.0.KHKMIEK. The size of the update can be anything between 150 to 200MB for either device. By the end of the week, the update will be rolled out to all devices.

Here are the top features of the new MIUI 9 skin: It is heartening to see that Xiaomi is still updating its old smartphones. For context, the OnePlus 3T, launched in late-2016 will not receive a software update, now that it runs Android 8 Oreo.
likethis
What's your reaction?
Awesome
86%
Epic
14%
Like
0%
I Want This
0%
Meh
0%
Posted In
Latest, Mobile, Xiaomi
Tags
miui 9, Xiaomi Redmi Note
miui 9, Xiaomi Redmi Note
About The Author