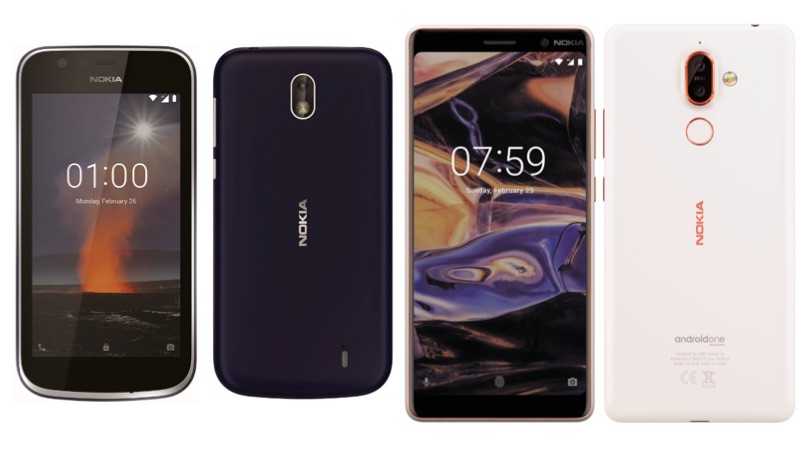 HMD Global is set for an eventful MWC 2018. The company will be announcing a few new smartphones along with the Penta-lens Nokia 10 concept. Expected to make their debuts are the Nokia 1 and Nokia 7 Plus. The Nokia 1 could be the first Android Go device and the Nokia 7 Plus will be a follow up to the recently launched Nokia 7. Nokia 7 Plus will also have colour accents similar to the Nokia 6 (2018). The white colour variant will have orange accents on the back camera and the fingerprint sensor rim. The design is expected to be hugely popular, at least in China after the Nokia 7 was a hit. Another revelation is that the Nokia 7 Plus will be an Android One device, which means stock Android OS and timely software updates. Nokia, to its credit, has been pushing out timely updates so far. The Nokia 1, being an Android Go device, will have entry-level specifications. It is expected to have up to 1GB of RAM, 8GB of internal storage and a Snapdragon or MediaTek chipset. It will run Android 8.1 Oreo out of the box. Under the hood, the Nokia 7 Plus is expected to have the Snapdragon 660 chipset. That could be coupled with up to 6GB of RAM and 64GB of onboard storage.

With MWC 2018 just around the corner, the anticipation has increased. HMD Global will also announce the global availability of these devices. Looking at India’s feature phone market, it could be one of the first countries to get the Nokia 1.