Barcelona, Spain hosted yet another edition of MWC 2018 in February. While smartphones like the Galaxy S9 and Xperia XZ2 were heavily leaked, there were a few surprise launches that caught a lot of attention. Nokia, for instance, launched as many as 5 devices. So, what are the top five smartphones that launched at MWC 2018? Let’s find out!

However, there are a few important upgrades that could be interesting. First one is in the camera department. The Galaxy S9 and S9+ now feature a variable aperture. The Dual Pixel 12 MP sensor has a dual f/1.5 and f/2.4 aperture. In bright lighting conditions, the camera will use the f/2.4 aperture, while the wider f/1.5 aperture is used in dark lighting conditions. It also captures 720P videos at 960fps and 4K videos at 60fps, similar to the Apple iPhone X.

Also, the fingerprint sensor is finally placed below the camera module, something we saw on the Galaxy A8+ as well. The S9 has a single camera setup while the S9+ now has a dual-camera setup similar to the Galaxy Note8. Both the smartphones will be launched in India on the 6th of March and go on sale on March 16th.

Also Read: From Samsung Galaxy S8 to S9: What Has Changed? This smartphone is not a consumer-ready product yet. However, it is still one of the coolest devices displayed at MWC 2018. Over the years, MWC has been a witness to some amazing concept phones. Even this year, Nokia was expected to unveil the Penta-lens concept phone. However, that did not happen. But, Vivo did turn up and one-upped its CES 2018 unveiling.

The Vivo Apex has an in-display fingerprint sensor that covers almost half the display. While the Vivo X20 Plus UD only had a regular-sized fingerprint sensor underneath the display. In fact, this is not even the most interesting feature of the Apex. To accommodate probably the thinnest bezels on a smartphone, Vivo came up with a very different implementation of the front camera. The Apex has a hidden front camera which pops out every time it has to be used.

Although it is still a concept phone, the implementation is very interesting here. Let’s hope more companies come up with consumer-ready products with such intricate and satisfying design elements.

Also Read: What Is The Future Of Front Cameras?

HMD Global launched not one, not two, but five devices at MWC 2018. Apart from the smartphones, it also announced that all Nokia devices will now be Android One devices. The Nokia 7 Plus, another heavily leaked device was one of the five phones to be launched. Along with the Nokia 8 Sirocco, the Nokia 7 Plus is the only Nokia smartphone with an 18:9 aspect ratio and thin bezels. A follow up to the China-only Nokia 7, the 7 Plus has a great design and build quality.

If the European price of the smartphone is anything to go by, it will have a steep price in India. However, for it to work in the Indian market, HMD Global will have to price below Rs. 25000 to keep the Honor View10 at bay, which has flagship specifications and costs Rs. 28999. At under Rs. 25000, the 7 Plus will compete with the likes of the Moto X4.

At MWC 2018, companies like Sony and Samsung were expected to launch Snapdragon 845 powered smartphones. However, the most interesting device powered by the flagship chipset was unveiled by Asus. Apparently, this smartphone flew under the radars of leakers online and Asus had a worthy unveiling in its hands. From the moment you look at it, the Zenfone 5Z looks like an iPhone X lookalike.

Although Asus claims the notch on the Zenfone 5Z is smaller than that of the iPhone X, it is still a notch. Also, one thing that the iPhone X achieved was uniform bezels around the display, thanks to the notch. However, the Zenfone 5Z kind of defeats the purpose of a notch as it also carries a thicker chin. That being said, the flagship Asus device has a lot going on for it.

If and when Asus launches the Zenfone 5Z in India, it could nullify the effect of the OnePlus 5T if launched at a price of Rs. 40,000 or less. That is until the OnePlus 6 is launched. 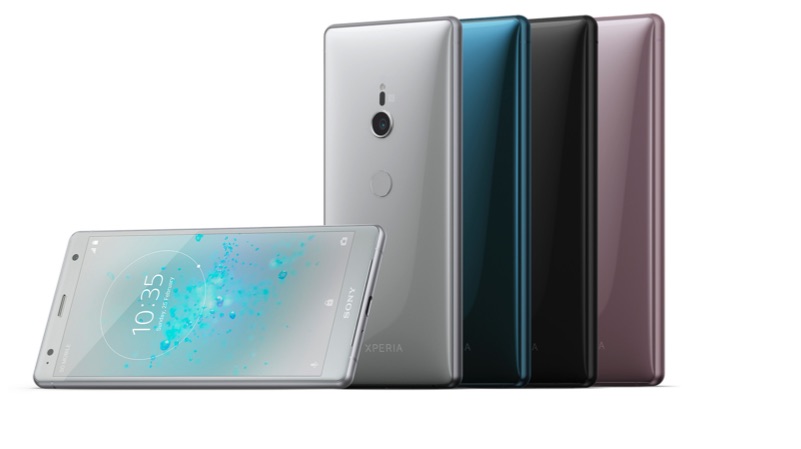 For the past couple of years, Sony smartphones have failed to capture the imagination of many consumers. Even in 2017, when many smartphone makers made a shift to bezel-less design, Sony continued to launch its signature boxy style devices. However, that finally changed at MWC 2018. Sony unveiled the Xperia XZ2 and Xperia XZ2 Compact with an 18:9 aspect ratio and thin bezels. However, still not the thinnest bezels you’ll see this year.

The Sony Xperia XZ2 and the smaller sibling also run on the latest and greatest Snapdragon 845 chipset. Apart from the Galaxy S9 and Zenfone 5Z, they are the only devices to run on the new flagship chipset. Sony still has a single camera setup on the front and back. So, it has still clinged on to a few Sony signature features.

Even for the Sony Xperia XZ2 and XZ2 Compact, the devices will have to be priced competitively in India.

Vipul Vij
Always found in a Hooded Shell, Excited by technology, tortured by his eating habits. Handles content at iGyaan.
You Might Also Like
AsusLatestMobileNokia
Read More