HMD Global launched the Nokia 8 Sirocco at MWC 2018. The smartphone has a premium design, dual Zeiss branded cameras and a stainless steel mid-frame. In fact, the smartphone has everything to be called as a 2018 flagship smartphone. However, the smartphone was based on the Qualcomm Snapdragon 835 chipset, which is a bit of a disappointment.

A leak suggests that the company might launch the Nokia 8 Pro with the Qualcomm Snapdragon 845 chipset.

The device is expected to have a 6 inch 2160 x 1080px display with 18:9 aspect ratio. Under the hood, the smartphone is likely to be powered by the Qualcomm Snapdragon 845 chipset with 6GB/8GB RAM and 64GB/128GB storage. 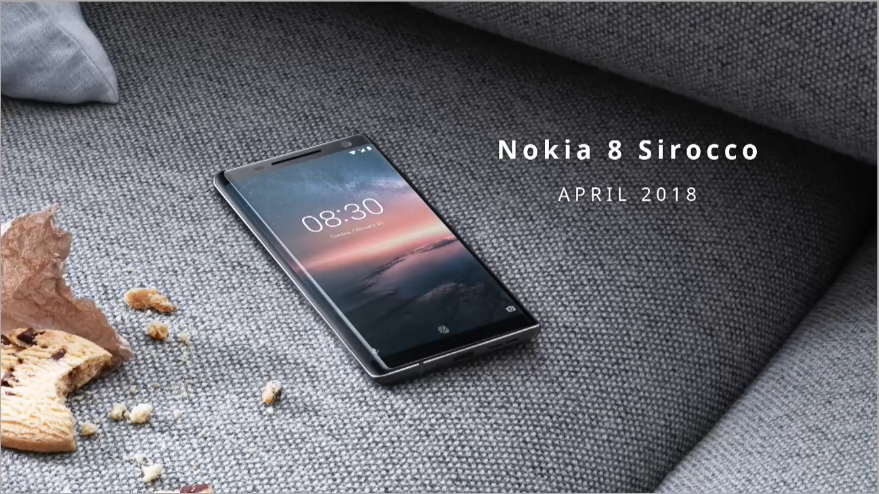 The phone is expected to have a dual 16 MP camera setup, similar to the one found on the Nokia 8 Sirocco. Similarly, the device is likely to have a 13 MP front-facing camera.

The smartphone is expected to have a 4000 mAh Li-ion battery with wireless charging capability with a USB type C port, which doubles as the headphone jack. In fact, the smartphone has a bigger battery than the Nokia 8 Sirocco.

The Nokia 8 Pro will run on Android 8 Oreo OS. However, unlike the Nokia 8 Sirocco, we are unsure about the support for Android One Programme.

The Nokia 8 Sirocco has a QHD+ display while the Nokia 8 Pro has an FHD+ display. In fact, we might see a display similar to the one found on the Nokia 7 Plus.

The Nokia 8 Pro is expected to launch in Q3 of 2018. In fact, at least on paper, the Nokia 8 Pro has better hardware, with a bigger battery and a newer chipset. As of now, there is no official statement from HMD Global regarding the Nokia 8 Pro or a possible launch.