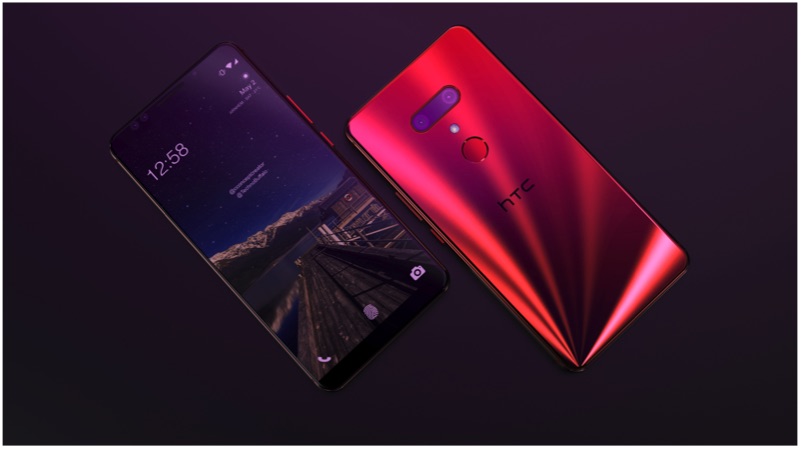 HTC will launch its next flagship smartphone in July of 2018. According to rumours, the company might directly launch the HTC U12+, instead of HTC U12. Now, people at Technobufallo have rendered what it might look.

Interestingly, the HTC U12+ renders look similar to the HTC U11+, which was launched in India in February 2018. The designer elements have been inspired by the U11+ with additional attributes to make it a class 2018 flagship smartphone. From the initial impression, the device has a glass front, glass back with a metal frame. Additionally, the device has an internal reflective surface, much like the HTC U11+. Considering the glass back, the smartphone is likely to support wireless charging. The dual rear-cameras are the new addition to the device. However, the company is most likely to house a dual rear-camera in the left corner similar to the HTC Desire 12+ rather than the one found on this render. On to the front, the device has an 18:9 aspect ratio display with a dual front-facing camera setup. Similar to the U11+, it has minimal bezels and a rear-facing fingerprint scanner. This design represents a smartphone without a notch. However, we can not rule out the possibility of a notch making its way to the design of the HTC U12+. Now, it is a known fact that Face Unlock is the new trend of the industry. However, it will be interesting to see how HTC implements this feature and how secure it’ll be. On the back of the smartphone will be a dual camera setup of a 12MP sensor coupled with a 16MP Sony IMX3xx sensor. No details about the nature of these sensors have been revealed so far.