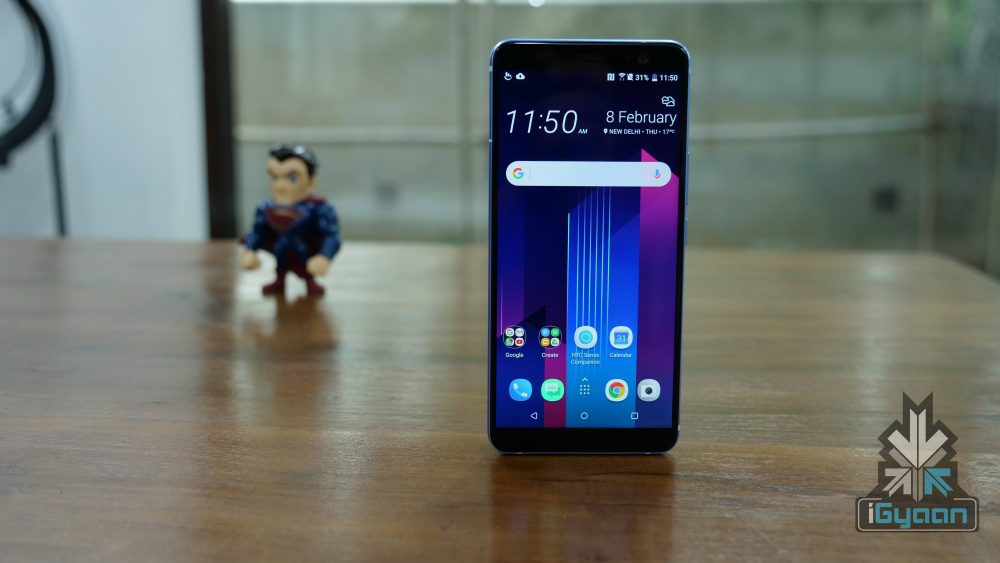 Like the HTC U11+, the U12 is expected to have an 18:9 aspect ratio and thin bezels. Hence, the fingerprint sensor will be placed on the back of the smartphone. The HTC U12 is also expected to feature dual primary camera setup. However, we are still unsure about what the implementation will be.

The device is expected to feature HTC’s trademarked liquid-glass design with a matte finish. In fact, the company might go with the ceramic-coating to achieve the matte white glass finish. Interestingly, the leak mentions HTC Face Unlock as well. Now, it is a known fact that Face Unlock is the new trend of the industry. However, it will be interesting to see how HTC implements this feature and how secure it’ll be. On the back of the smartphone will be a dual camera setup of a 12MP sensor coupled with a 16MP Sony IMX3xx sensor. No details about the nature of these sensors have been revealed so far.

The HTC U12 will run Android 8 Oreo out of the box with HTC Sense UI on top. Powering the device will be a 3420 mAh battery which will support QuickCharge 4.0.