Qualcomm has struck a deal with Samsung which will see the latter manufacturing the former’s newest Snapdragon 820 chipsets. In a news that is surely going to make the tech world take notice, Qualcomm’s deal could see the two companies handle the chip manufacturing for a majority of flagship devices for the first half of 2016.

We’ve been hearing a lot of rumors and speculations regarding Samsung’s upcoming Galaxy S7 flagship devices. The general word going around is that at least one variant will be featuring the Snapdragon 820 chip while the others will sport Samsung’s Exynos chipset.

Samsung today announced that it has begin mass production of chips using 2nd generation of its 14-nanometer LPP (Low-Power Plus) process – a technology that will power both Samsung’s Exynos 8 octa processor and Qualcomm’s Snapdragon processor.

Here’s why the Qualcomm-Samsung deal is likely to be a win-win for both companies. Using Samsung’s 14nm process will not only help produce cheaper chipsets that consume less power, but will also help Qualcomm emerge once again as a leader in performance processors, especially after the pubic’s anger over the Snapdragon 810’s heating issues and power consumption. Since the new SD820 is supported by 14nm chips (down from 20nm for the S810), it’s only fitting for Qualcomm to seek Samsung’s technology.

Secondly, the move will benefit Samsung as well because the 820 offers better performance than the Exynos. “I do believe Samsung must use the 820 to be more competitive with Apple. 820 hits performance per watt levels Exynos just can’t hit,” said Patrick Moorhead, president and principal analyst at Moor Insights & Strategy. 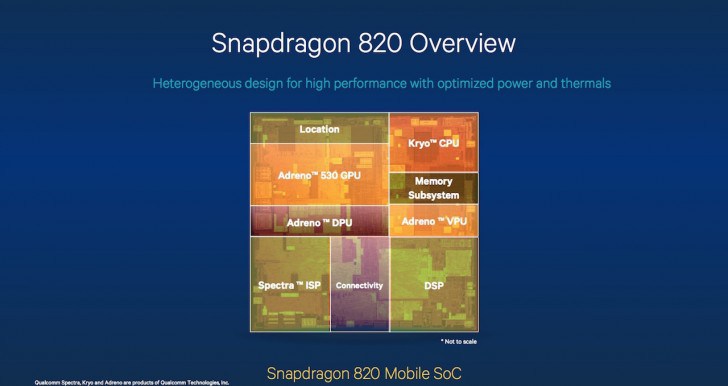 Together, Samsung and Qualcomm are likely to produce the bulk of processors for major flagship devices this year. Samsung has claimed that the new 14nm  LPP process delivers up to 15 percent higher speed and 15 percent less power consumption over the previous 14nm LPE (Low-Power Early) process.

This news, however, still doesn’t confirm whether Samsung will use the Snapdragon chip for its own S7 flagship devices, and the Korean giant has yet comment on the same. Looks like the two companies are ready to renew their friendship, and we’ll just have to wait and see how the Qualcomm’s new chip in the hands of Samsung will turn out.