27th March is an eventful day in the tech industry. Three smartphone giants in their own rights have scheduled events with a certain level of anticipation. Apple has a keynote planned which will focus on Apple’s advancements in the education industry. Huawei will launch three new smartphones which will resemble the iPhone X in more than one way. And then, Xiaomi will launch the highly anticipated Xiaomi Mi MIX 2s at an event in Shanghai. The Mi MIX 2s will have a 6 inch IPS LCD display with a 2160 x 1080 px resolution. As was with the Mi MIX 2, the left, right and top bezels of the device will be minimal with a thicker bottom bezel that will house the front-facing camera.

Under the hood is what makes the Mi MIX 2s exciting. It will be the first Xiaomi smartphone with the Snapdragon 845 chipset. This will be coupled with up to 8GB of RAM and 256GB of onboard storage. The smartphone will be powered by a 4000 mAh battery with support for QuickCharge 4.0. A recent teaser by Xiaomi hinted at the presence of wireless charging. However, another leak suggests that the device will retain the ceramic build of the Mi MIX 2. 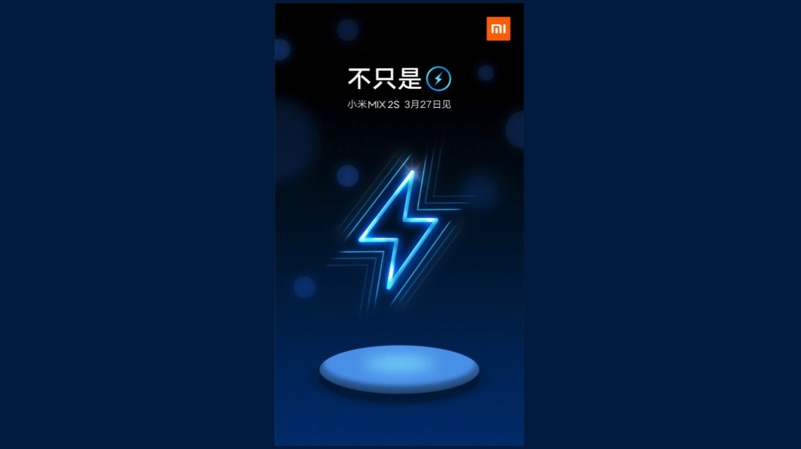 The Mi MIX 2s will be the first-ever MIX smartphone with a dual-camera setup. It will have a lot of AI features, as teased by Xiaomi. The front-facing camera will have an advanced Face Unlock feature that will to adapt to the user’s attire. This means that it will work if you are wearing a hat, sporting a beard or even if you’re wearing sunglasses.