The leaks on Motorola smartphones are on roll. Recently, the Moto Z3 Play was leaked by a case maker. And now, the press renders of the Moto G6 and Moto G6 Play has been leaked online. These leaked images are in line with the previous leaks. The Moto G6 and G6 Play have a glass unibody design with a taller 18:9 aspect ratio display. The Moto G6 has a front-facing fingerprint sensor and the G6 Play has a rear-facing fingerprint sensor fitted on to the Motorola logo. The mobile has a dual primary camera setup with a 12MP primary camera and a 5MP depth sensor. For the front-facing camera, the phone has a 16MP sensor with probable support for Face Unlock. The smartphone has 154.5 × 72.2 × 8.3 mm dimension with a sealed 3000 mAh battery. The device will run on Android 8 Oreo with stock Android OS. 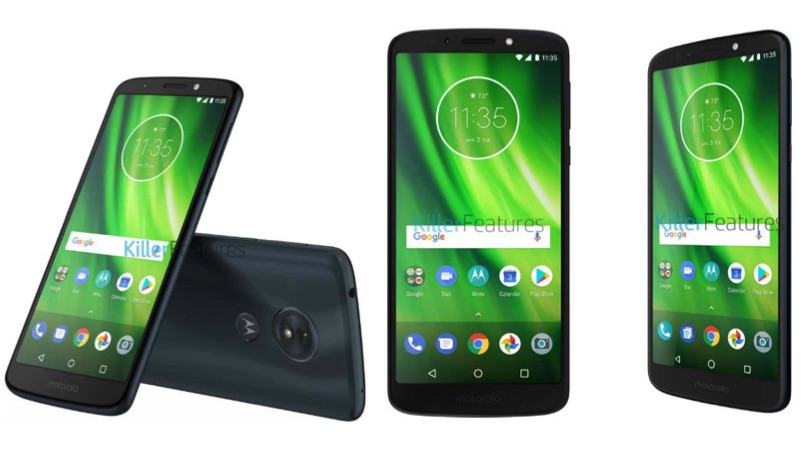