Dell has officially launched Alienware series of gaming laptops powered by 8th Gen Intel processors. These gaming machines are powered by the recently launched Intel Coffee Lake chipsets. Additionally, the company has also launched affordable G-series gaming laptops with a starting price of US$ 749. The 17 inch Alienware powered by Intel Core i9 processor is overclockable up to 5GHz. The 15″ model is currently available on Dell.com for a starting price of US$ 2,400. As of now, there is no information on the pricing or availability of these devices in India. The new Alienware series of gaming laptops from Dell comes with either a 15 inch or 17 inch display. These laptops are available in different 8th Gen Intel Core i5, i7 and i9 processors. Similarly, one can choose between NVIDIA GeForce 1060, 1070, and 1080 GPUs. However, there is an option to choose between NVIDIA and AMD Radeon RX570 as well.

These laptops also have the new cooling technology called ‘Alienware Cryo-Tech v2.0’, which keeps the notebooks cooler using 50% thinner fan blades. As these are gaming laptops, one can upgrade for an additional cost, to get a 120Hz TN+WVA 400-nits display. Under the Dell G-series, the company has launched four gaming laptops. The G3 series comes in a 15 inch and a 17 inch display. Similarly, the G5 and G7 series comes with a 15 inch display. These notebooks have an anti-glare IPS LCD display with a max resolution of 3840×2160 px on the high-end G7 Model. 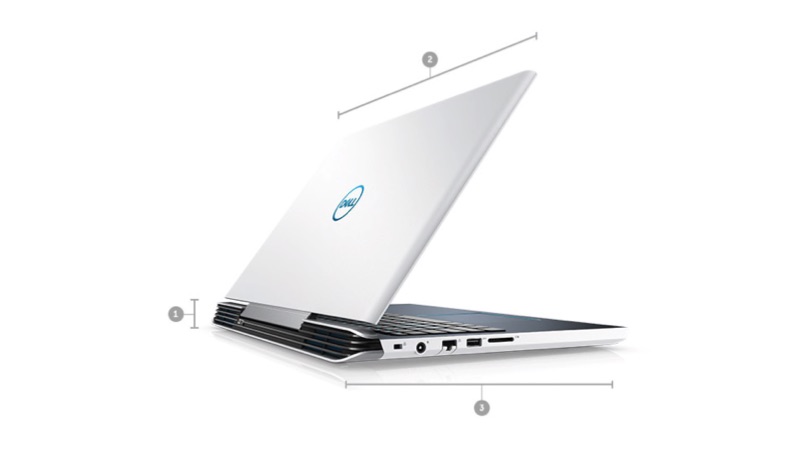