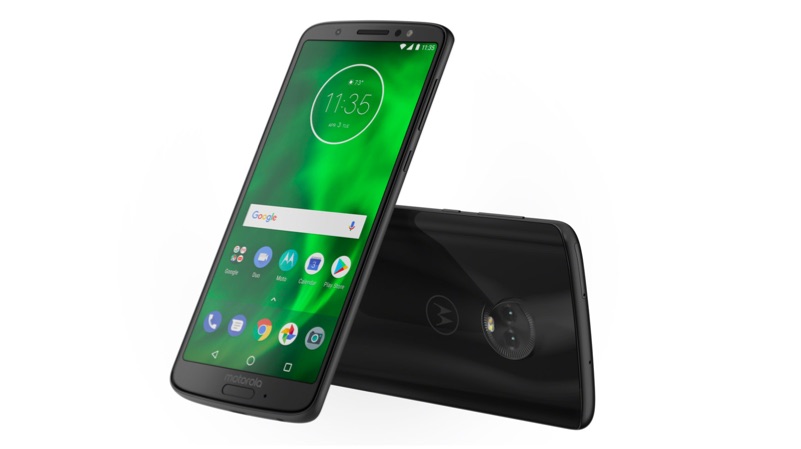 Motorola has finally unveiled the new Moto G6 and Moto G6 Play at an event in Brazil. Both the phones mark the six generation of the highly successful series of Moto G devices from the company. The device also gets Adreno the 308 GPU along with either 2 GB or 3 GB of RAM and either 16GB or 32 GB of storage. The Moto G6 Play has a 4000mAh battery and a micro USB jack along with a slower 10w charging capability. You get one 13MP rear camera and 8MP front camera and even though the back appears to have two cameras, it has only the one, with the other fitted with an LED flash. The back has a unique glass-like back panel that is actually made of plastic. The Moto G6 does get the USB C charging capabilities along with a 15w charger, but that is bundled with a smaller 3000mAh battery.

At the back is the dual camera setup, which has a pair camera one a 12MP camera while a 5MP secondary camera for depth effects. Much like previous phones from the company, you can apply a depth-of-field effect to a photo after it is shot, thanks to saved depth information.

You will also get effects like a selective black-and-white mode, a time-lapse feature, face filters, motion photos and visual search for objects and landmarks. The camera will also do OCR (optical character recognition) for text. The largest of theme all the Moto G6 Plus has been launched with a larger 5.9 inch IPS LCD display with the same 2160 x 1080px. The Phone gets an upgrade to Snapdragon 630 with and octa core 2.2GHz setup and the Adreno 508 GPU, other variations include 4GB or 6GB RAM options and 64 GB or 128 GB storage options. The dual camera setup also gets Dual Pixel AF and a f/1.7 aperture along with 4k video capture. While the front retains the 8 MP shooter in some markets the phone will be launched with a larger 16 MP front-facing camera. The battery gets a bump to 3200mAh with a 15 w TurboPower charge through the USB C port.

Announced at a price of €299 approximately Rs. 24000 the phone is quite a lot more expensive than its predecessor.

As of now, we are not sure when and if and what variants would be launched in India, but, we should hear an announcement soon. Stay tuned to iGyaan for all the latest developments.