OnePlus has finally lifted the curtains off of the OnePlus 6 at an event in London. The OnePlus 6 will launch in India on May 17th where the pricing details will be announced. The OnePlus 6 follows up the successful OnePlus 5T, which was launched in November, about five months after the OnePlus 5 launch. Makes you wonder whether the OnePlus 6T is just around the corner! 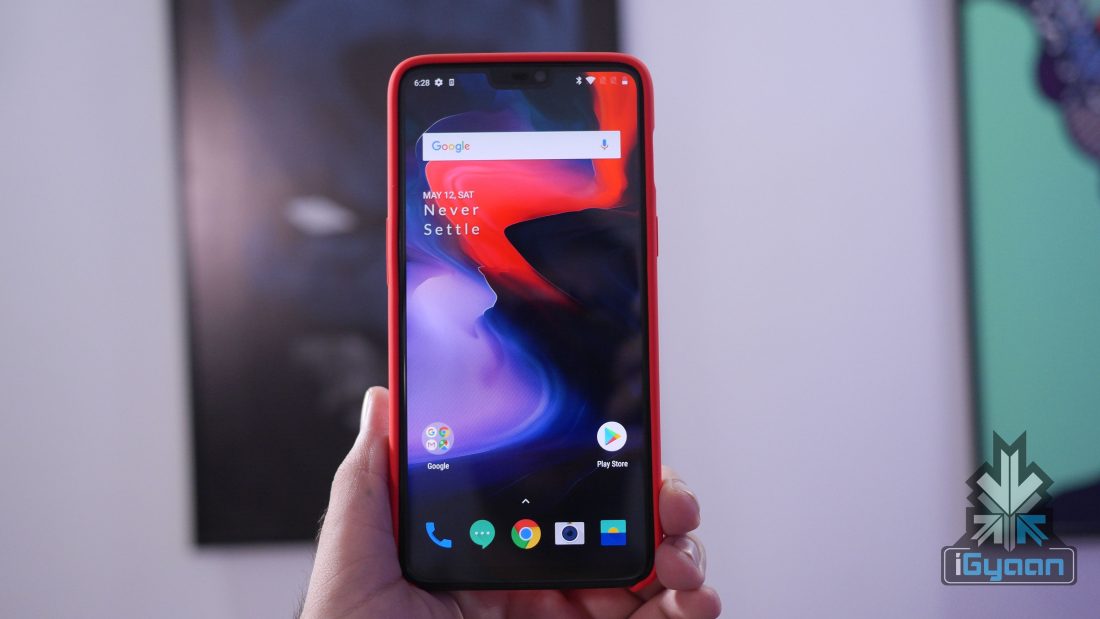 OnePlus has really made the OnePlus 6 a feature-packed smartphone, addressing the main complaints that users had with previous OnePlus smartphones. Even before the launch, OnePlus confirmed that the new flagship device will have an all-glass design and even have some sort of water resistance.

Inside the box of the OnePlus 6

Just like every other OnePlus smartphone, you do not get any earphones inside the box. OnePlus has, however, launched a new pair of Bluetooth earbuds which should be available in India soon. The moment you take the OnePlus 6 out, you realise that this isn’t anything like a previous OnePlus device. The smartphone has a glossy finish thanks to an all-glass design. The aluminium frame gives it a solid build, maintaining a superior build quality we have known OnePlus smartphones to have. The back of the device is a fingerprint magnet and it is strongly suggested that you use a case or a skin.

The 3.5mm headphone jack retains its place on the bottom of the smartphone next to the USB C port. The OnePlus 6 is now water resistant as well but, the exact rating has not been confirmed yet. The alert slider has been shifted on the right-hand side with the power button, while the volume rockers sit on the left-hand side.

The OnePlus 6 has a 6.28 inch Optic AMOLED display with a 2280 x 1080 px resolution. The aspect ratio is 19:9 which means it is slightly taller than the OnePlus 5T. The notch has also become very common among Android smartphones but, users will have an option to hide the notch via software. Powering the device is a 3300 mAh battery with DashCharge support. DashCharge continues to be one of the fastest charging technologies and could be the reason why OnePlus did not think that wireless charging was necessary here. Out of the box, the OnePlus 6 will run Android 8.1 Oreo with OxygenOS on top. The smartphone will have gesture support which we tested on the OnePlus 5T during its Beta test.

The OnePlus 6 has a dual-camera setup on the back similar to the OnePlus 5T. The setup includes a 16MP Sony IMX 519 sensor and a 20MP Sony IMX 376K sensor. Both are RGB sensors and have an f/1.7 aperture with OIS, another first for a OnePlus device. The cameras also record 4K videos at 60fps which is a great feature for content creators. To the front of the smartphone is a 16MP Sony IMX 371 sensor with an f/2.0 aperture and EIS which records 1080P videos. We will be testing out the OnePlus 6 in details for our full review. The Honor 10, launched on May 15th, also has a glass back and a dual-camera setup. Would like to see a comparison between the two smartphones? Let us know in the comments!