Up until now, Lenovo’s VP has been our sole source of information about the Lenovo Z5. Chang Cheng has been actively posting bits and pieces of the Z5 that have so far impressed everyone. The launch of the smartphone is set for June 5th and we still don’t have any concrete leaks of the device. This is very unusual for a modern-day smartphone and proves that Lenovo is doing everything it can to keep the Z5 a secret. However, we do have a couple of press renders of the Lenovo Z5 giving us a clearer look at the soon to be launched flagship smartphone.

The renders posted on Weibo are in line with the teasers posted by Chang Cheng. The Lenovo Z5 will have a nearly bezel-less design with a tiny chin. Ever since the first teaser was released, there were speculations about the placement of the front-facing camera. Many believed that Lenovo would use a pop-up camera like the Vivo APEX, or some other unique implementation. This render appears to quash those claims as the camera is placed on the chin of the Z5. 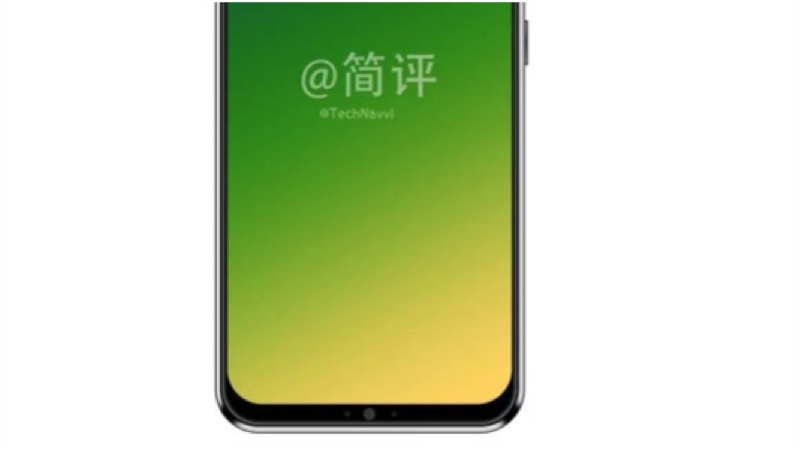 This implementation is very similar to Xiaomi’s Mi MIX lineup. The Mi MIX devices have thin uniform bezels on three sides while all the sensors and the camera are placed on the slightly thicker chin. The Lenovo Z5’s chin is definitely thinner than any of the Mi MIX smartphones, hence, the company claims a whopping 95% screen-to-body ratio. It also appears that all the necessary sensors will be placed on the chin itself.

Must Read: Lenovo Z5 Will Have A World-First 4TB Of Onboard Storage The earpiece is nowhere to be seen in the renders. This could mean that Lenovo has taken another hint from Xiaomi and gone the Mi MIX route for the earpiece. The renders again show that the Lenovo Z5 will have a stunning design albeit, an awkwardly placed front-camera. Whether this is the final design of the smartphone is yet to be seen. We expect more leaks and renders to surface online as we move closer to the launch event.