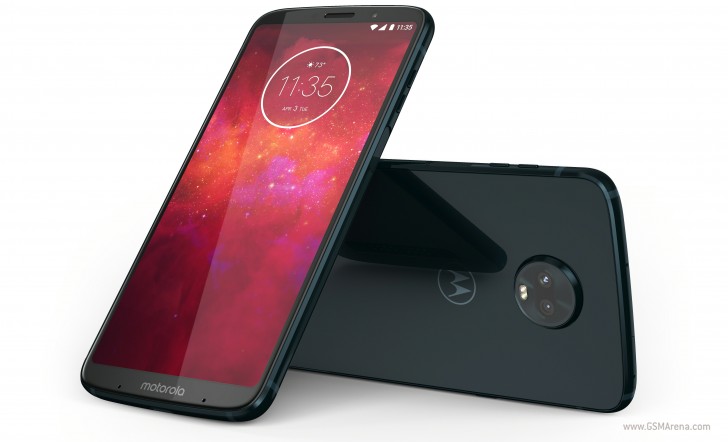 After weeks of leaks, Lenovo-owned Motorola has launched the next iteration of Motorola’s budget modular series, the Moto Z3 Play in Brazil. The smartphone will retail for US$ 499 (Rs 33000 approx.) and come bundled with the Battery Mod. There are no details about the smartphone’s availability in India as of now.

The Moto Z3 Play has a 6 inch Super AMOLED display with a 2160 x 1080 px resolution. Just like the G and E series, Motorola has stayed away from the notch trend, which many people would appreciate. The device has an 18:9 aspect ratio, which has become the norm these days.

Under the hood, the smartphone runs on the Qualcomm Snapdragon 636 chipset. The new budget chipset has been well-received in devices like the Redmi Note 5 Pro and Zenfone Max Pro. The smartphone will be available in two variants, one with 32GB storage and the other with 64GB storage which will be expandable via a microSD card. Both the variants will have 4GB of RAM which should be enough for almost everybody.

The fingerprint sensor is no longer on the front of the device thanks to thinner bezels. The sensor has now been moved to the right-hand side of the device, similar to Xperia smartphones from back in the day. powering the smartphone is a 3000 man battery which will charge via a USB-C port. Out of the box the Z3 Play will run Android 8 Oreo out of the box with very little customisations done by Motorola.

The smartphone has a dual-camera setup on the back. It has a 12MP primary sensor with an f/1.7 aperture which is paired with a 5MP sensor which will collect all the depth information. To the front is an 8MP with an f/2.0 aperture.

The Moto Z3 Play appears like a sizeable upgrade over its predecessor with the new design and the Snapdragon 636 SoC. The pricing in India will be crucial for Motorola and the Z3 Play. More details to follow.