Samsung Galaxy Note9 Might Get A Huge Upgrade After All

by Vipul VijJuly 5, 2018
0
Now Reading
Samsung Galaxy Note9 Might Get A Huge Upgrade After All
Browse This Page

In the second half of 2018, Samsung will host one of the three most anticipated global launch events. On August 9th in New York, the Samsung Galaxy Note9 will be unveiled. By the leaks of it, the Galaxy Note9 doesn’t look like much of an upgrade over the Galaxy Note8. The design is expected to remain similar while the specifications will get the usual upgrade. However, it appears that the S Pen will get a huge upgrade over its previous version. 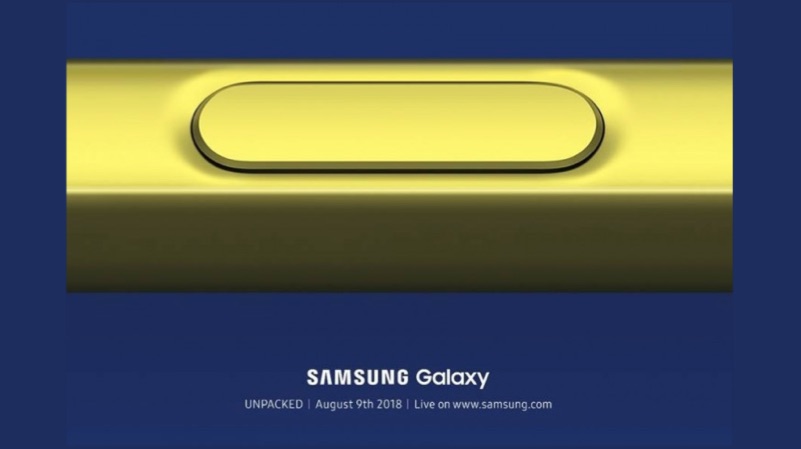 The documentation filed by Samsung with the FCC reveals that the S Pen will have Bluetooth connectivity. This is a feature we haven’t seen in the stylus before and should open a huge prospect for the S Pen and its usage. A popular Samsung leaker, Ice Universe also delved into the possible feature of the S Pen.

The Galaxy Note9 SPen can be used to control long-range self-timer, control music playback, because it is a Bluetooth device, it will do something unrelated to the pen. pic.twitter.com/WPS83xUskq

As mentioned in the tweet, the S Pen for the Galaxy Note9 will do much more than editing or writing notes. Thanks to Bluetooth, it can be used to control music playback and timers, among other things. The S Pen could also be paired with third-party devices that can use a stylus, or have features that can be controlled with a button. The button could also be used to trigger Bixby. And maybe, Samsung will get rid of the Bixby button although, renders suggest otherwise.