Vivo has been in the Indian smartphone market for quite a while, however, only in 2018 was the company noticed by the industry properly. While Vivo has been a forerunner in the offline retail market, this year, the brand redefined itself with a few firsts. Vivo showed off the first smartphone with an in-display fingerprint reader and also a phone with a popup front camera. All this was done to allow the front of the phone to become display focused. The Vivo Nex was shown off as a prototype at the Mobile World Congress 2018 this year, a phone that was to show off future technology. It seems, however, the future is only moments away from the grasp of the audience. Vivo has launched the Nex in India for a price of Rs. 44,990. The phone features some impressive technology that may pave the way forward for innovation in smartphone technology. The unboxing experience is pretty satisfying as the phone comes well packaged and front and back screen protectors are pre-applied. In box accessories include a high-quality USB-C cable, a 22.5W Charger and quality in-ear earphones. There is also a silicon-plastic back case included in the box. The Vivo Nex is surprisingly well made, the phone has an all-glass front and because the front camera is housed in the pop-up mechanism, the front remains only for the display. The front also gets this near bezel-less look by including the fingerprint sensor in the display. The tech, even though in its early stage, works rather well, is easy to set up and responsive to unlock. The phone is missing a “face unlock” feature, due to the way their pop up camera is constructed, and the lack of any IR sensors. The company also decided to stay away from the software-based face unlock options seen on many other smartphones, including the OnePlus 6. The Vivo Nex has all the specifications you can ask for from a modern day smartphone. A Qualcomm Snapdragon 845 chipset, 8 GB RAM, 128 GB of Storage and a massive 4000 mAh battery with really fast ( up to 22.5 watt) charging. It also has a dual camera setup: a main 12MP sensor with an F1.8 aperture with a 5MP secondary shooter with a F2.8 aperture along with 4-Axis optical image stabilisation.

The Vivo Nex is missing a few things, like face unlock, wireless charging and any form of IP certified water resistance due the moving motor and camera module. While the design and execution of this new pop up camera is cutting-edge, others ( including Vivo’s sister concern Oppo) have tried it as well. The moving part in a portable pocketable device does not seem to make long-term durability sense. But, the module and motor mechanism is impressively robust and designed to last for a long period of time. Vivo claims several hundred thousand times. 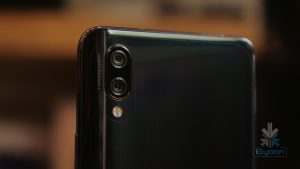 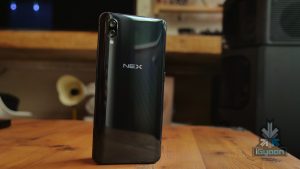 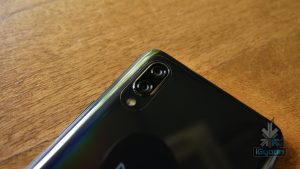 The operating system and usage experience is also rather pleasing and clean. With little bloatware, which is easily uninstalled, the phone runs on the company’s Funtouch OS, a skin for Android 8.1. The UI is minimal and super responsive. The phone also supports gesture-based navigation, allowing for better and fuller use of the large 6.59 inch display. The screen is a Super AMOLED panel which allows the phone to display the fingerprint icon with the entire display off. The animations on the display for the fingerprint unlock are also possible due to the use of the Super AMOLED panel. The display has a 2316 x 1080 px resolution, although it seems to have a little bit of a blue tint that we had to manually fix by turning on the reading mode. 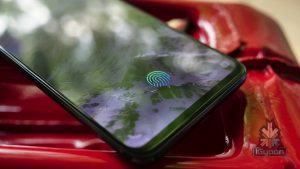 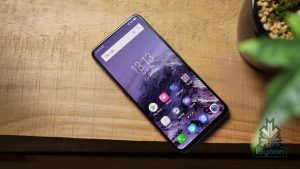 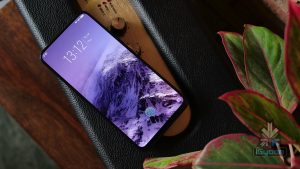 The Vivo Nex is a step in the right direction and is a good looking premium device that helps technology move forward. However, portable technology and the lack of moving parts is what made smartphones so great in the first place. The durability is something that we are sceptical of as we fully review the device.

Bharat Nagpal
Founder and Chief Editor of iGyaan. Bharat likes to keep on top of technology ! Follow Him on Google Plus : Google+
You Might Also Like
LatestMobileTop Around the WebUnboxing and Hands On
Read More