A bunch of pictures / screenshots of the playbook running what appears to be RIM OS 2 for Playbook are being tossed around on the internet. As if the Playbook wasn’t out of the sack punch the next update is really going to drop notice.

Looks like RIM is dropping the BES from its playbook, disabling enterprise support on their only tablet that sold only 40,000 units since it was launched. It could also mean that the BES isn’t installed on whatever dev version this device is running, but there have been a lot of speculations regarding the BES dropout by RIM, and this looks like what is going to be the first real proof of their desertion of BES. 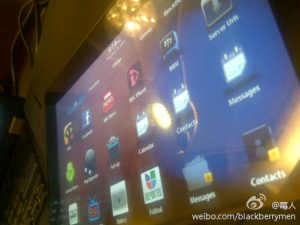 Also if you look closely enough you can spot the green Android that could mean only one thing- Android app compatibility could be built into this update. Is that a big woohoo? I guess not, considering only a couple of you have bought the Playbook if any.