Not Pistachio, Not Peanut Butter And Not Popsicle

It was in the year 2007 when Google officially introduced the Android ecosystem to the world. The first commercially available Android smartphone, the HTC Dream released in the September 2008. The smartphone was available globally from 2009 and ran on the version 1.5 (Cupcake) of the OS. Google has followed an alphabetical order of naming convention with each new version of Android. Starting with the first version, Android Cupcake (1.5) debuting with the HTC Dream in 2009, with Donut (1.6) to follow, in the same year. Android has evolved not only in terms of versions but also in terms of its varieties. The latest version of the OS available for all the smartphones is Android 8.0 (Oreo). However, Google has announced the latest version, Android 9 and its official name is Android Pie.

Also Read: Dual SIM Apple iPhone With A 6.1-inch Display Is Launching But You Can’t Have It

Our previous speculation was that Android 9 might roll out as the Android Pistachio. However, Google usually uses sweet treats or desserts to name its Android versions. Thus, it makes a lot more sense for Google to call Android 9, Android Pie. Although its official now, Android Pie was already available as a beta preview for many smartphones. In the list of manufacturers who signed up for the beta program, OnePlus, Nokia, and Xiaomi are some of the top brands. This time around, the new version of the OS is bringing some major changes to the way it works. With Android 9, the OS has changed aesthetically, along with several major feature additions. The most noticeable of them all is the new gesture-based navigation. Although turned off by default, the gesture-based navigation system allows for a new way to interact with Android. In Android Pie, a simple swipe to the left or right will allow users to switch between the recently opened apps. While swiping up would reveal all the opened apps along with a few suggested apps with the OS thinks the user frequently opens. 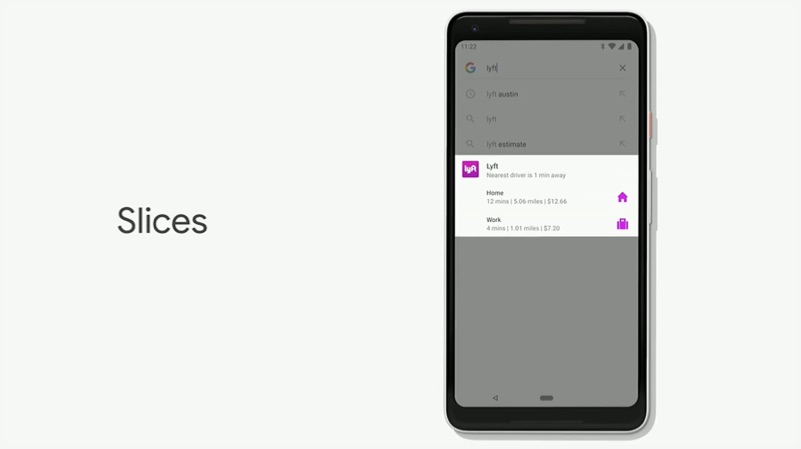 This new Android Pie feature seems very familiar to users who have had experience with Google’s Instant Apps. Instant Apps was Google’s way of allowing users to access an app without needing to download it. However, in the case of Slices, the similar idea of Instant Apps targets a whole different set of problems. For instance, if a user searches for Hawaii on Google, then the OS might show them photos from the time when he or she visited Hawaii. In previous Android versions, if a user sitting inside a building wants to locate himself on the map, then his or her estimated location using GPS was shown. With Android 9, Googles uses Wi-Fi for indoor positioning with an accuracy of up to 1 or 2 meters. With Android 9, users will get content in an edge-to-edge format which also supports the presence of the notch. Android Pie will allow developers to build apps in such a way that their app supports the cut-outs on a smartphone’s display. Google has been focussing on integrating AI deeply with its OS. It is with Android 9 that users see some of the AI functionalities in the foreground. For instance, on Android Pie, a predicted response will be ready for certain message notifications which you receive. You can either choose to respond to the message with the suggested text or write your own directly from the notification tray.

Another AI-dependent feature which Google has introduced with Android 9 is the Adaptive Battery and Adaptive Brightness. With this feature, the OS will understand the smartphone user’s device usage behaviour and adjust the battery settings accordingly. This adjustment is also dependent on the time of the day or the user’s location. Android Pie or Android 9 will monitor the user’s daily smartphone usage. Google is calling this feature the “Digital Wellbeing” which will provide an analytical report of the time the user has spent on the device and the number of times the device was unlocked. Along with the new feature, Google has also introduced some subtle changes to the UI with Android 9. In this version of the OS, the most noticeable changes are with the notification tray icons, which are more rounded than the ones on Android Oreo. The materialistic theme also translates to the way the recent apps are shown. One could say Android Pie takes subtle hints from Apple’s iOS. 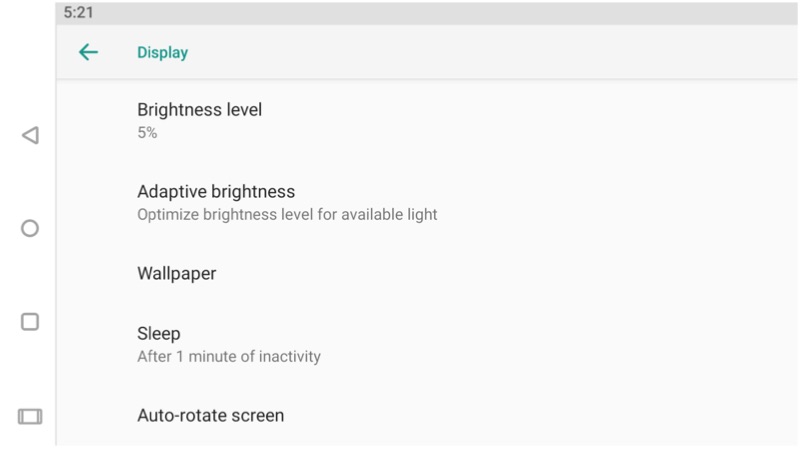 The rotation toggle is a nifty feature in the Android 9 which tackles the problem of accidental screen rotation. When you turn off auto rotation on the smartphone, an extra icon will appear in the navigation bar, which upon clicking, will change the orientation of the smartphone’s display. This is especially useful for the lazy users who like to use their smartphones in bed.

With a more gender-neutral approach, Android Pie will bring a total of 157 new emojis to the platform. Some of these emojis include lobsters and alpacas.

Android P is the ninth installation of Google’s Android OS. Many devices including the OnePlus 6 have already received a Developer Preview of the Android P. This new version brings subtle UI changes like the redesigned notification panel when triggered by the volume rockers. The new update also brings better battery optimization, dark and light theme modes, and the ability to toggle between multiple wallpapers. The Android Pie update will initially be available on the Pixel devices first with other manufacturers who signed up for the Beta program to follow. It is safe to say that with every new version, the Android ecosystem keeps evolving, and the trend will continue until either Google runs out of letters in the Alphabet or Android is discontinued.

Abhinav Pathak
Newbie at iGyaan. When he is not writing articles or is dumbstruck with the latest innovations in the tech industry, Abhinav is either referencing himself in third-person or dealing with an existential crisis caused by the ever-expanding universe and how irrelevant anything else is from that perspective.
You Might Also Like
AndroidGoogleLatest
Read More