The Xiaomi Redmi Note 6 Pro is the long awaited successor  to the extremely popular Redmi Note 5 Pro. The Redmi Note 5 Pro was launched in February this year, and the company has already rolled out the next iteration of the device. Being from the Redmi Note series, it retains the same values as its predecessor. These include a large display, a big battery and great camera performance. While the device was launched in Thailand almost a month back, it did take some time to come to India. The official launch of the device will be held on 22nd November in an event in New Delhi, where the price and availability of the device will be announced. 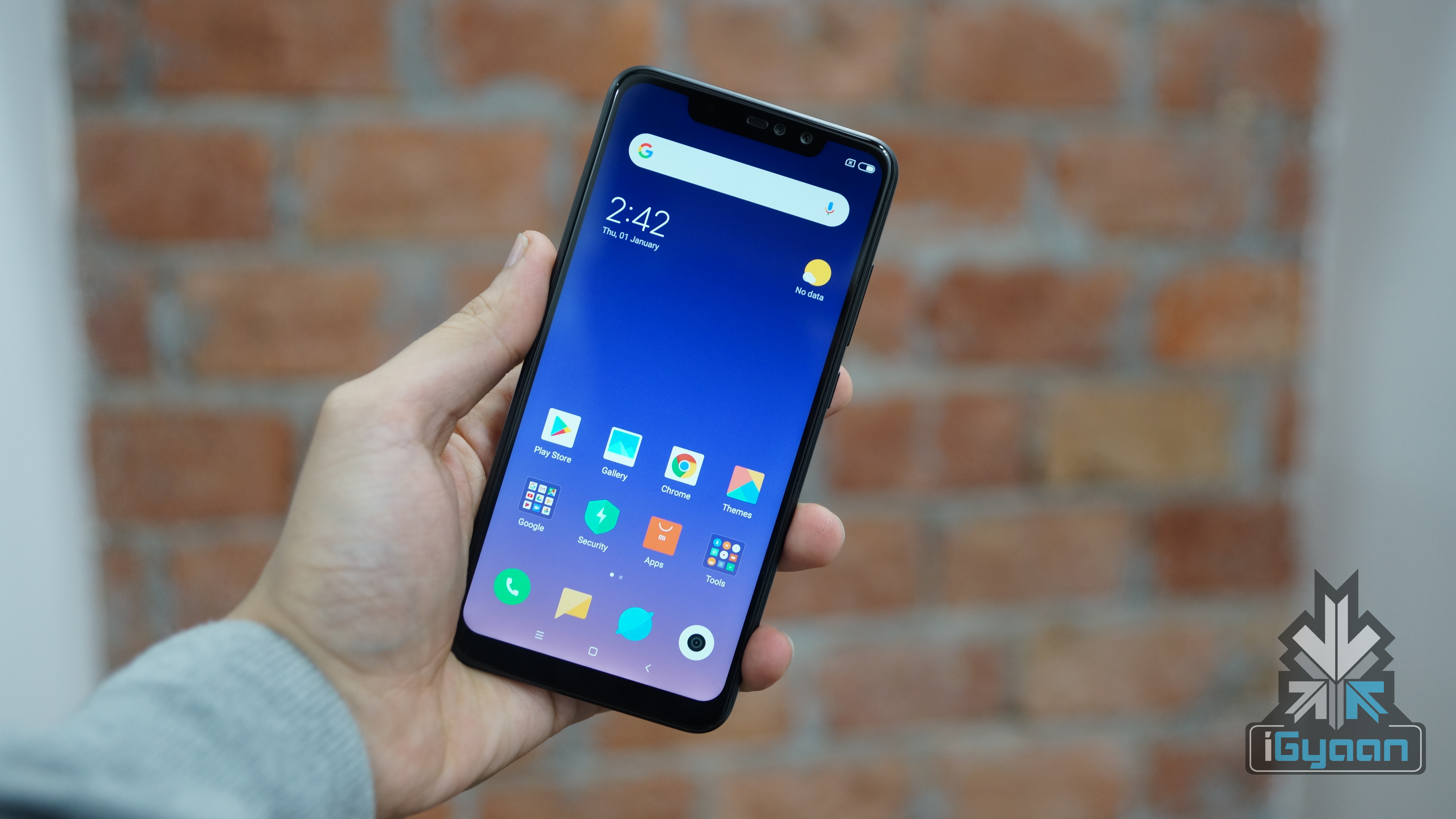 In terms of looks, the Redmi Note 6 Pro does look a lot like its predecessor. It has a big notch on its display, and a dual camera setup on the back, with a fingerprint scanner. There are however, many differences when you look closer. In terms of ergonomics, it has more rounded edged all around its body, giving it a better grip and feel in your hand. The Note 6 Pro has a bigger, 6.26 inch display, as compared to the 5.99 inch display from the Note 5 Pro. The FHD+ display has a 2280 x 1080 px resolution and a brightness of 500 nit.

The display also features Corning Gorilla Glass for protection, though the company has not specified the version. The notch on the Redmi Note 6 Pro is large when compared to other devices as it houses two cameras. But the bezels and the chin on the device are thinner than that on its predecessor.

Xiaomi has also made considerable improvements in terms of build quality. The ports now use a new alloy, which do not corrode that easily. This move came in after the company received a lot of issues with phones dying out early in coastal areas. Xiaomi later found out that the cause for this was the corrosion of the elements in the ports. Hopefully, this step will ensure a better longevity for the device. Another great addition is a P21 coating. This is basically a water repellant coating. This coating is present on the externals as well as the internals of the phone as well. However, this is not to be confused with water resistance and this is just meant to save your phone from minor, accidental spillage or water contact. Another big jump is in the camera department. While on paper, the specs for the camera remain the same, the Redmi Note 6 Pro brings along both hardware and software improvements. The 12 MP main sensor on the back now has a larger, 1.4 micron pixel size, resulting in better photo quality and improvements in low-light performance. It also features a wider, f/1.9 aperture. The secondary sensor is a 5 MP depth sensor. Additionally, the Note 6 Pro has an impressive portrait mode. The portrait mode now features studio lighting options and also a ‘light flare’ feature. It also has AI scene detection which detects 32 scenes, including scenes optimised for India such as weddings and motorbikes. The rear camera also features a new AI adjustable bokeh feature. This lets you choose the amount of blur you want in the background, even after you have clicked the picture. The front camera us a 20 MP + 2 MP set up. This features an AI portrait mode with AI scene detection of upto 12 scenes. The dual front cameras also help in the Face Unlock technology to unlock your phone. The phone runs MIUI 10 out of the box, which brings in advanced gesture navigation. It packs a 4,000 mAh battery which supports Quick Charge 3.0. While the Note 6 Pro supports fast charging, the company does not provide a fast charger in the box, and it has to be purchased separately. It runs on the Qualcomm Snapdragon 636 SoC and has 4 GB and 6 GB RAM options. In terms of storage, it has one option with 64 GB of internal storage, which is expandable up to 256 GB via  a microSD card. The phone also features an auto data switch feature. When you are on a call, the phone switches your data from that SIM to your secondary SIM, so that neither of the operations are interrupted. The phone has dual VoLTE support but does not have a dedicated microSD card slot. It also has a new Wi-F- pass through feature. Using this feature, you can connect to a Wi-Fi network and use that Wi-Fi network to create a hotspot. At first look, the phone does seem like a big and thoughtful improvement. We are yet to check it out fully and see what it is capable of. As mentioned before, the price and availability of the phone will be revealed only after its launch on 22nd November.

Don’t forget to check out our unboxing video: