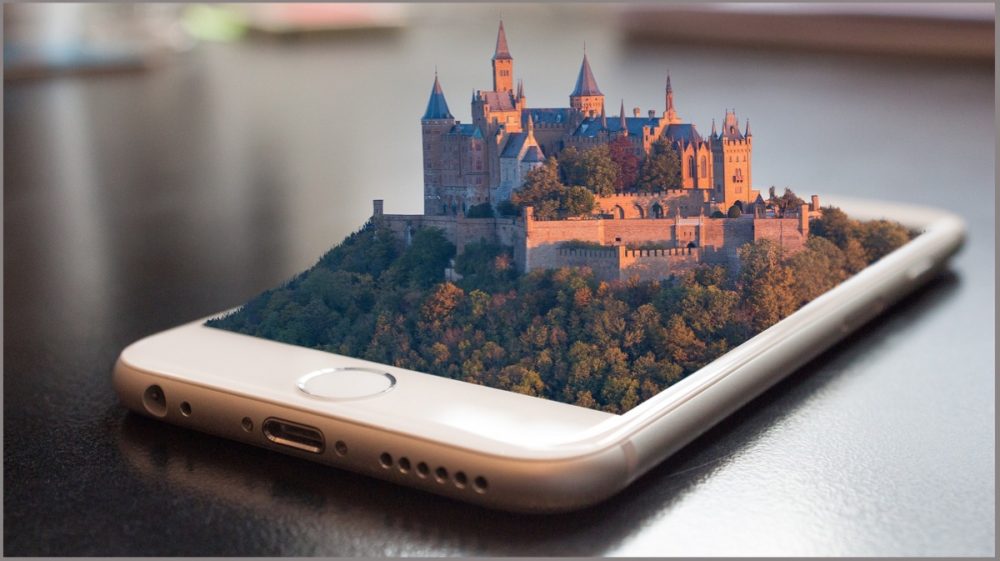 Humans have reached an era where technology is growing faster than ever. We are able to innovate and develop new technologies that were previously only considered fantasy. The year 2018 has been remarkable not only in terms of new breakthroughs but a lot of old technologies which are now consumer ready. Here is a list of five such technologies that are as revolutionary as they sound.

Fingerprint recognition technology has been around since the early 70s. However, the equipment to record and verify the fingerprint was bulky and difficult to carry. But with the advancement of technology, engineers are able to shrink the size of these sensors greatly. In the past decade alone, these sensors have shrunken so much that they can now be integrated into modern day smartphones. Apple was the first company to feature this tiny engineering feat on their smartphones (iPhone 5S). Now, this technology has matured so much so that they can now be equipped under the display of a smartphone.

The Current in-display fingerprint sensors make use of the Optical Scanner technology. These types of scanner are quite secure but cannot match the accuracy and speed of an Ultrasound Scanner. Qualcomm, an American chipmaker has readied a fingerprint scanner that uses sound waves to record and identify the ridges of a human fingerprint. This technology can match biometrics even if the user’s hands are dirty or oily as sound waves can penetrate these substances and accurately verify the correct fingerprint. The reason we don’t have a commercial phone with this technology is the high price of technology. However, future smartphones will feature this technology. 3D Printing is a process of making a three-dimensional tangible object that works by laying multiple layers of a material in succession. The first manufacturing equipment and filaments for 3D printing were seen in the 1980s. The technology then was only limited to plastics and polymers. Over the years, scientists have experimented with various materials that can be 3D printed. A handful example of  3D printing technology includes concrete buildings, plastic parts, food, and even metal parts.

The shoemaker Adidas has collaborated with Carbon 3D inc, a 3D printer manufacturing company to launch a shoe with a 3D printed midsole. Carbon makes use of Stereolithography (SLA) which is a form of 3D printing. The printer UV projects a laser in a bath full of resin which hardens it a forms the desired shape. Till now SLA was only used to manufacture large industrial parts because of its slow speed. Carbon has now managed to control the amount of oxygen which plays a major role in forming a part. The combination of laser projection and controlled oxygen has allowed the company to create high-resolution parts rapidly.

The Adidas AlphaEdge 4D is made to order as per the size and shape of the customer’s feet. The shoes are very lightweight and flexible which provide a lot a comfort to its wearer. Adidas claims without the use of 3D printing it is not possible to make such a midsole. As the current injection molding technology is incapable of producing such a complex shape. Most companies currently mass-produce shoes, and therefore, the customer needs to settle with existing sizes that are available in the market. But, 3D printing can reshape how shoes are made in the future. In the future, one would walk into a store and get a custom shoe made in no time. Furthermore, if the technology evolves, even more, the whole shoe including the outsole and the upper part can be 3D printed. AI(Artificial Intelligence) is also referred to as machine intelligence. It is a concept with which the machines can make decisions themselves without much interference from humans. Artificial intelligence ranges across a wide variety of platforms like speech recognition to language translation to visual perception. AI is a branch of computer science that involves the development of computer programs which would otherwise require human intelligence. Developers intend to create algorithms that can self-learn by understanding the actual functioning of that particular field.

Modern day smartphones have AI algorithms which allow for better system optimastion. The smartphones are able to analyse the usage patterns and enable or disable features which can prolong the battery backup. Additionally, smartphone cameras also have AI scene detection. The devices are able to select the best scene modes dependent on various aspects like the subject and the amount of light. Dyson was founded in the year by 1991 a British inventor, James Dyson. James Dyson redesigned the induction motor and the air impeller. This redesign allows Dyson products to pump air without a visible fan blade. The exit vent is designed in such a shape that it creates a vacuum-like effect. This vacuum-like effect forces in up to 15x air than what was originally pumped by the impeller. The Dyson Supersonic bladeless hairdryer has a hollow vent that blows hot air. It has a small turbine motor in the handle which can reach speeds of up to of 1,10,000 rpm (rotations per minute). It also has a built-in temperature sensor which connects to a microprocessor. The sensor and processor duo continuously measure the air temperature and ensure that they stay under 320 Fahrenheit. As air above this temperature has a tendency to damage the hair. Airless tires, unlike the conventional tire, do not have an inner tube and do not use compressed air to the create cushion like effect. Rather its side walls are made in the shape of a mesh which provides the cushion required to drive comfortably on roads. It is of great use in heavy vehicles that work in non-paved terrain. As the sharp rocky surface can easily puncture a normal tire. Michelin first started developing an airless tire back in 2005. The company has dubbed their airless tire as Tweel. The word Tweel is derived from the combination of two words ‘tire’ and “wheel”. Although, the company showcased their early prototypes in 2013-2014 the commercial product was released in 2018. The current range of tires is available for devices like ATV’s (All Terrain Vehicles), Forklifts and Golf carts. The wheels are designed in such a shape that they also act as shock absorbers for heavy vehicles. The technology looks promising and if it can match the life and stability as regular tires they will make their way on to transportation vehicles and cars.