Samsung is the world’s number one smartphone manufacturer, but the company has been losing its market share recently. This is due to the rise of companies like OnePlus, Huawei and Xioami. Before the inception of Chinese OEM’s, Samsung was the only company that single-handedly led the Android bandwagon against Apple’s iPhones.

In recent years, these new companies have become a nuisance for Samsung. As not only do these companies sell their devices at a much cheaper price than Samsung, they are also developing a lot of the latest in-house technologies. In contrast, Samsung is not only a smartphone manufacturer, but also the leading supplier of display technologies. The company is reported to have used a lot of its latest display technologies for its upcoming flagship, the Galaxy S10. And according to the latest leak, the Galaxy S10 Plus will have an oval cutout for the dual front cameras in the display. The renders of the upcoming Galaxy S10 Plus have been posted on Twitter by leakers Ben Geskin and OnLeaks. The leak suggests that the smartphone has a 6.44 inch Super AMOLED QHD+ display. Most noticeably, the display has edge-to-edge bezels which taper towards the side and an oval-shaped cutout which houses the dual front-facing cameras. Additionally, the smartphone also has triple rear cameras along with an LED flash. The top of the device is occupied by the sim tray and microphone hole while the bottom has the 3.5 mm jack, speaker grill, USB connector, and the primary microphone. 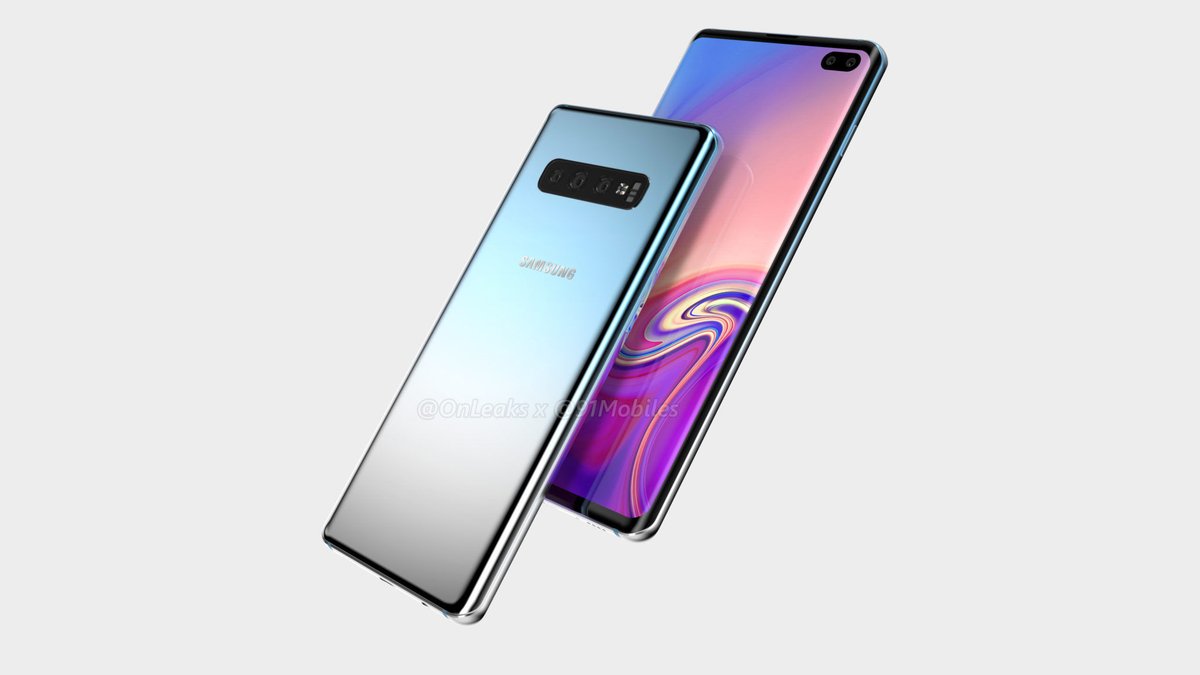 The bottom and top of the Galaxy S10 Plus also have antenna cutouts. The leak also claims that the smartphone has an in-display fingerprint sensor and the device also supports face unlock. The back of the device has a silver and blue colored gradient panel which looks really attractive. Other key details like battery capacity, RAM/ROM options, and camera resolution are currently unavailable. To summarise, the success of the upcoming Galaxy S10 smartphones is of great importance to the company.