Netflix has given us all a new year gift! They have finally revealed the premiere date for the much anticipated show- Stranger Things. Netflix shared an image for the show on a popular social networking site which just read “JULY4” indicating the premiere date. The image shows the kids we all know and love standing on a viewpoint watching the fireworks.

What we know so far

But Netflix being so meta, they shared another seemingly unsuspecting tweet before sharing the image. That consisted of a video showing parts of Dick Clark’s New Year’s Rockin’ Eve countdown from Dec. 31, 1984. The video was interrupted with occasional glitches with alphabets written on them. This is like a word search game we see in newspapers and magazines, except a few words were highlighted.

Live from WIYZ, it's a Hawkins New Year's Eve! https://t.co/GhaGjVyNse

The sentence read “When Blue And Yellow Meet In The West”. The trailer also shows someone hacking into “Lynx Corp”. It also shows a copyright from 1984-1986, and shows someone running the program “SilverCatFeeds.exe.” The live countdown feed for the new year then glitches out finally showing SMPTE color bars. 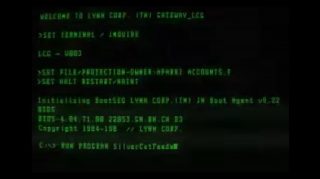 Then the feed comes back on again with a tagline that states “One summer can change everything” and then the date July 4, 1985 which changes to July 4, 2019.

Stranger Things star David Harbour also said in an interview that this season will be a “Summer of love” which might be fitting since the last season ended with Mike and Eleven dancing at a school event. The Season 3 will have 8 episodes. The episode names have also been revealed which might give further clues as to how the story will evolve. The first episode is named “Chapter One: Suzie, Do You Copy?” and the last is called “Chapter Eight: The Battle of Starcourt”. Stranger Things fans have already started to try and decode what the hidden messages mean and how the storyline would progress. We would love to see if 4Chan can decode this before 4th of July.