Poco F2 Will Have WaterDrop Notch And Glass Back

by Sahil KapoorJanuary 4, 2019
0
Now Reading
Poco F2 Will Have WaterDrop Notch And Glass Back
Browse This Page 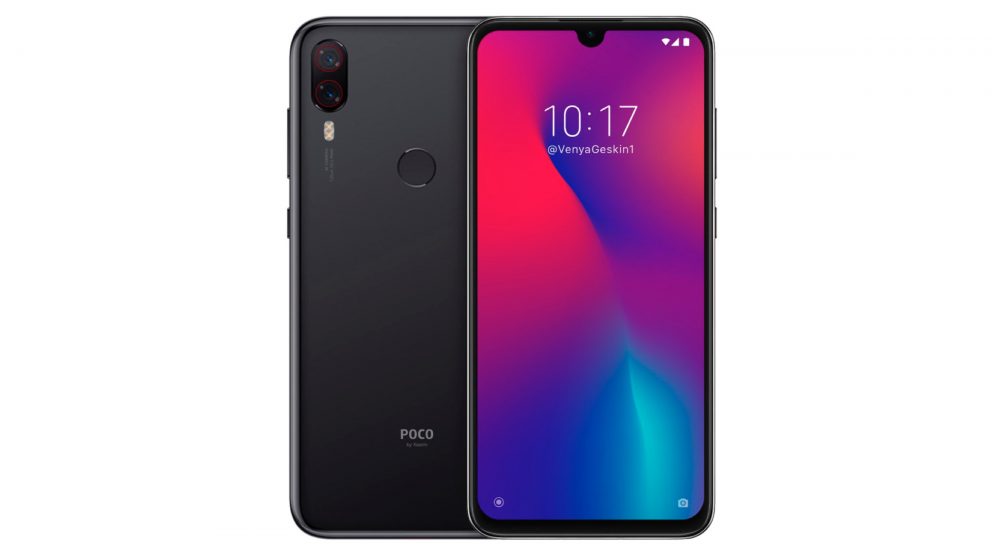 Xiaomi launched the Poco F1 smartphone in the second half of 2018. Due to its aggressive pricing and flagship specifications, it shook the global smartphone market. The Poco F1 surely offers excellent value for money but it does fall short in a few areas. Xiaomi is expected to fix these shortcomings on the Poco F2 which has leaked online.

The year 2018 was the year of the notch and the Poco F1 also had one, though the notch on that device was thick and wide. The leak of the Poco F2 reveals that the upcoming smartphone has a small water drop notch and even thinner bezels. The front-facing selfie camera is housed in the notch at the top of the display. The earpiece for listening to voice calls is built into the top bezel of the Poco F2.

Like its predecessor, the Poco F2 also has right side mounted power button and volume rockers. The rear of the new device also gets a redesign treatment. The dual rear cameras along with the LED flash have been shifted to the top left side of the device while the fingerprint sensor is similarly positioned. It seems that the back panel of the Poco F2 is made out of glass so that the device emanates premium look and feel. The Poco F2 has already paid a visit to the Geekbench website which revealed its key specifications. The smartphone will feature the Snapdragon Octa-Core SoC which is also present on its predecessor. The CPU of the device has a base clock frequency of 1.77 GHz which will easily go upwards of 2.0 GHz.

The Poco F2 runs on latest Android 9.0 Pie Operating system which most likely will be skinned with MIUI 10. The device in the Geekbench listing only has 6 GB of RAM but higher RAM variants are also expected.

Although it is hard to speculate when the Poco F2 will launch but the leaked benchmarks and renders suggest that the company will unveil it in the first half of 2019.