Samsung is planning to launch an all-new series of smartphones which will have the Galaxy M branding. The devices in this series will have a focus on photography and long battery life. Most notably, Samsung is expected to aggressively price smartphones in this series. Some members of the M series including the Galaxy M20 and Galaxy M10 were previously spotted online. According to past reports, the Galaxy M20 will have a massive Lithium-ion battery.  The device has been granted FCC certification that reveals its key specifications. The FCC listing of the Galaxy M20 was first discovered by Nashvillechatterclass. The Galaxy M20 measures 156.4 x 74.5 x 8.8 mm and has a front diagonal length of 6.29-inch. However, the actual display on the smartphone measures 6.13-inch. According to the source, the handset will have an Infinity ‘U’ notch at the top of the display that will house an 8 MP selfie camera. 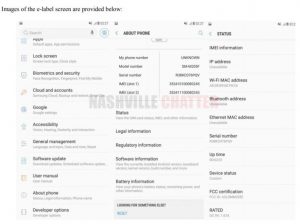 The launch date of the Galaxy M20 is not yet announced. However, it is expected to launch in the Q1 of 2019.