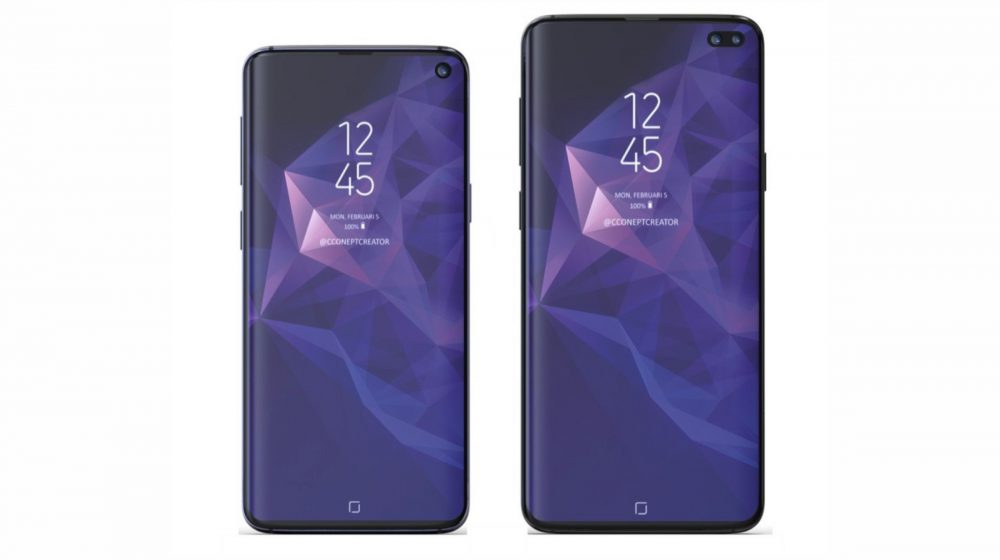 Korean electronics giants, Samsung will soon launch its first foldable phone which is allegedly called the Galaxy Fold and 2019 flagship lineup which carries the Galaxy S10 branding. The anticipated smartphones are set to launch at the Galaxy Unpacked 2019 event which is scheduled for 20 February in San Francisco. As the unveiling event closes by, more and more leaks of the devices seem to pop online. Live pictures of the Galaxy S10+ and Galaxy S10e posted online reaffirm that the devices will have previously claimed features. The images of the Galaxy S10+ and Galaxy S10 were shared online and they surely look genuine. The elder Galaxy S10+ has a large edge-to-edge display with an Infinity-O notch and an under display fingerprint sensor. The handset has dual front-facing cameras which are housed in the Infinity notch. The rear of the Galaxy S10+ seems to be made out of black ceramic which resides the company branding and triple rear camera setup. The rectangular rear camera module of the smartphone also houses an LED flash and a heart rate monitor (HRM). The second image set is of the Galaxy S10e which is the youngest member of the Galaxy S10 lineup. It has a similar design to the Galaxy S10+ with an edge-to-edge display that tapers towards the sides and an Infinity-O notch. However, the circular notch in the display only has a single selfie camera, unlike its elder sibling. The leaked image of the Galaxy S10e exhibits a white coloured ceramic back panel which has a similar setup as the S10+. It also has a triple rear camera set up along with an LED flash and heart rate monitor.

To conclude, images of both variants of Samsung Galaxy S10 look authentic. Also, we won’t have to wait for the official confirmation of their design as their launch is imminent.