Samsung Teases The Launch Of Its Foldable Phone

by Yashonil GuptaFebruary 12, 2019
0
Now Reading
Samsung Teases The Launch Of Its Foldable Phone
Browse This Page

Samsung will launch a plethora of devices at the Unpacked event on February 20 in San Fransisco. There were many leaks and rumors that the foldable Galaxy device might make an appearance at the event but we now finally have official confirmation. Samsung Mobile’s official twitter handle has shared a video confirming that the Galaxy F, as it’s rumored to be called, will be announced alongside the Galaxy S10 series.

The future of mobile will unfold on February 20, 2019. #SamsungEvent pic.twitter.com/MHvwrt7Rf4

The Foldable Galaxy smartphone has been long rumored to have the name Galaxy F. The F might stand for ‘Fold’ here. The device was last shown off at the Samsung Developer Conference in November last year. And while Samsung didn’t show how the device looks, we saw that it bent inwards. This is unlike the Royole FlexPai, which has an outward bend. The video shows Korean text on the screen and then the words “The Future Unfolds” appear, followed by the date. This doesn’t need much explanation that the choice of words and the animations used, prove that it is indeed about a foldable smartphone. We got a glimpse of how the device is going to look like in a teaser video shared by Samsung a few days ago. The Galaxy F, as it’s rumored to be called, will be an alternate flagship device for Samsung. It will reportedly feature two displays. One will be a 7.3 inches Super AMOLED one with a 2152 x 1536 px resolution. The second display may be a 4.5-inch Super AMOLED one. The device will run on the Snapdragon 855 combined with 8GB of RAM and 512GB of storage. It may have dual cameras on the front and the back, details of which are unknown. 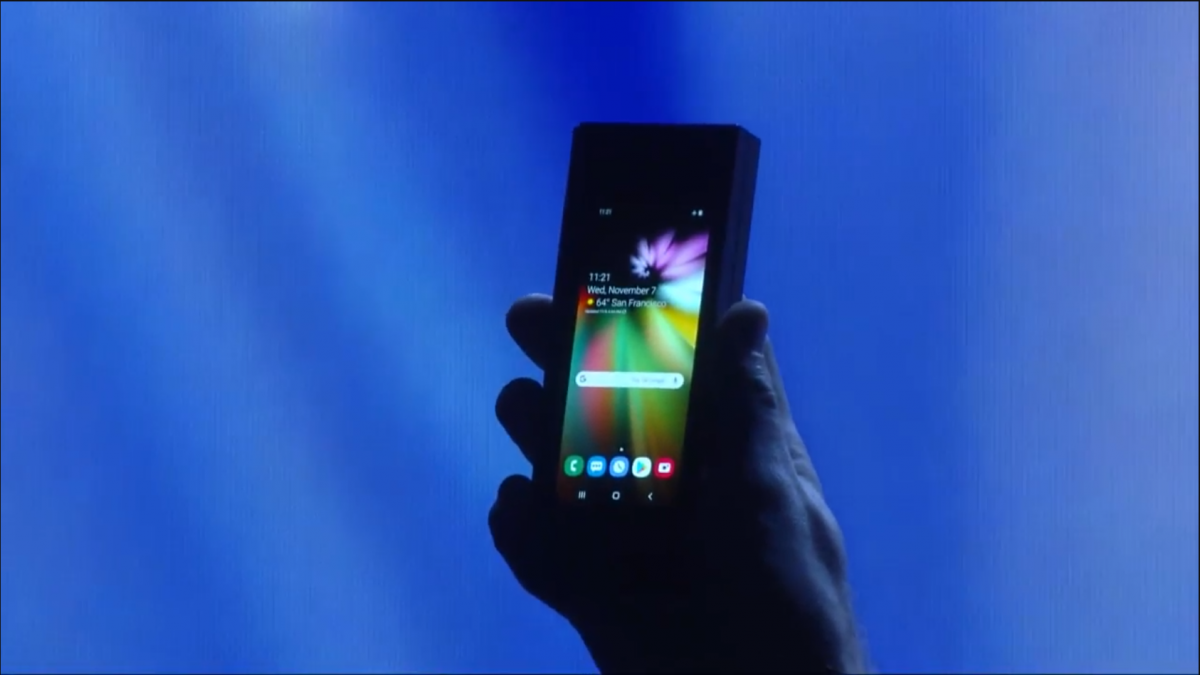 Also read: OnePlus Will Showcase A 5G Smartphone At MWC 2019