The Galaxy S10 and the S10+ video that has been leaked reveals the features and details of the devices. Most of these details were reported earlier. The S10 in the video is shown to have a 6.1-inch display. This will be a Dynamic AMOLED, Infinity-O display with a resolution of 3040 x 1440 px. While other aspects of the display remain the same for the S10+, the display size bumps up to a massive 6.4-inch. The devices have a futuristic design with thin bezels on all four sides. Both devices make use of a hole-punch display to accommodate the front-facing camera. The S10 has a single 10MP f/1.9  camera while the S10+ features dual cameras. The S10 and the S10 + are shown to have triple cameras at the back. This setup is comprised of a 12MP (f/1.5-2.4) camera combined with a 12MP (f/2.4) telephoto camera and a third 16MP (f/2.2) ultra-wide camera. Pleasantly, Samsung will retain the headphone jack on both handsets. The video also reveals that the S10 and the S10+ feature an Ultrasonic In-Display fingerprint scanner. The smartphones will support reverse wireless charging feature which will be called Wireless Power Share. 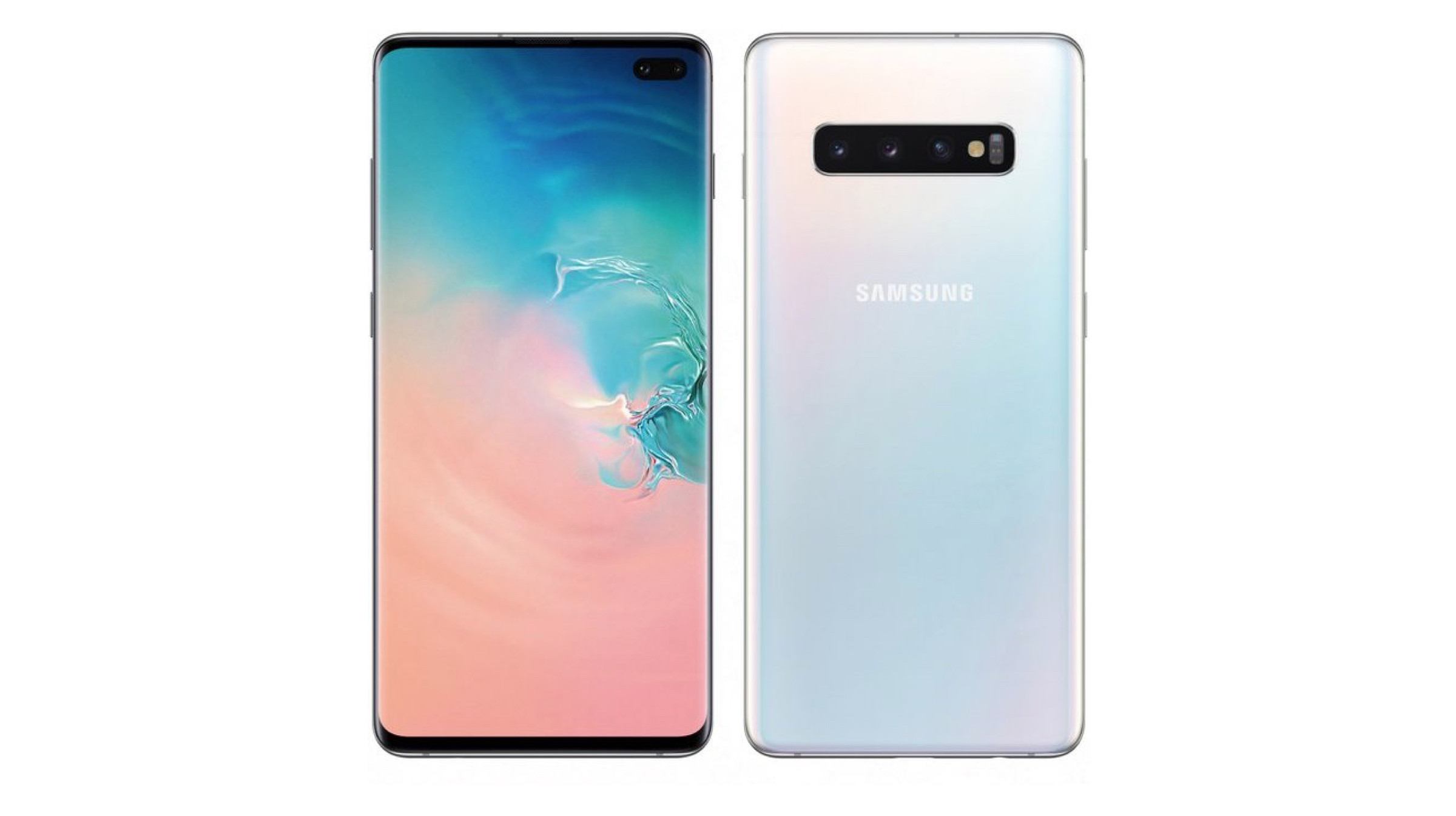 The video then proceeds to show the upcoming Galaxy Buds that will be announced alongside the Galaxy S10 series. The Buds will support wireless charging and are reported to feature significant upgrades over its predecessor. All the devices in the Galaxy S10 lineup will feature either the latest Snapdragon 855 SoC from Qualcomm or the Exynos 9820 SoC by Samsung. Choice of the chipset will depend on the region the devices will be available. The S10 and the S10+ will arrive in the following storage variants: