At the Galaxy Unpacked event in San Fransisco on February 20, Samsung announced the long-awaited foldable smartphone, the Galaxy Fold. It was introduced along with the Galaxy S10 lineup at the beginning of the event. Notably, the device is the first foldable smartphone from the company and is only the second foldable device in the market currently. The device also allows multitasking on three apps simultaneously and features a uniquely designed hinge with interlocked gears.

The Galaxy Fold is a smartphone that can be converted into a tablet at will. The device has two displays out of which the bigger one is foldable into half. The larger display is a 7.3-inch Dynamic AMOLED panel which the company calls the ‘Infinity Flex’ display. It has a resolution of 2152 x 1536 px and is the biggest the company has ever put into a smartphone. The secondary display measures 4.6-inch diagonally and has an HD+ resolution. The Galaxy Fold runs on the Qualcomm Snapdragon 855 SoC which is made using a 7nm fabrication process. It contains an Octa-core CPU combined with an Andreno 640 GPU. In terms of storage, the device features 12GB of RAM and 512GB of onboard storage. The Galaxy Fold is powered by 2 batteries with a total rated capacity of 4,380mAh with support for wireless charging. The device will be available in the following four colours: 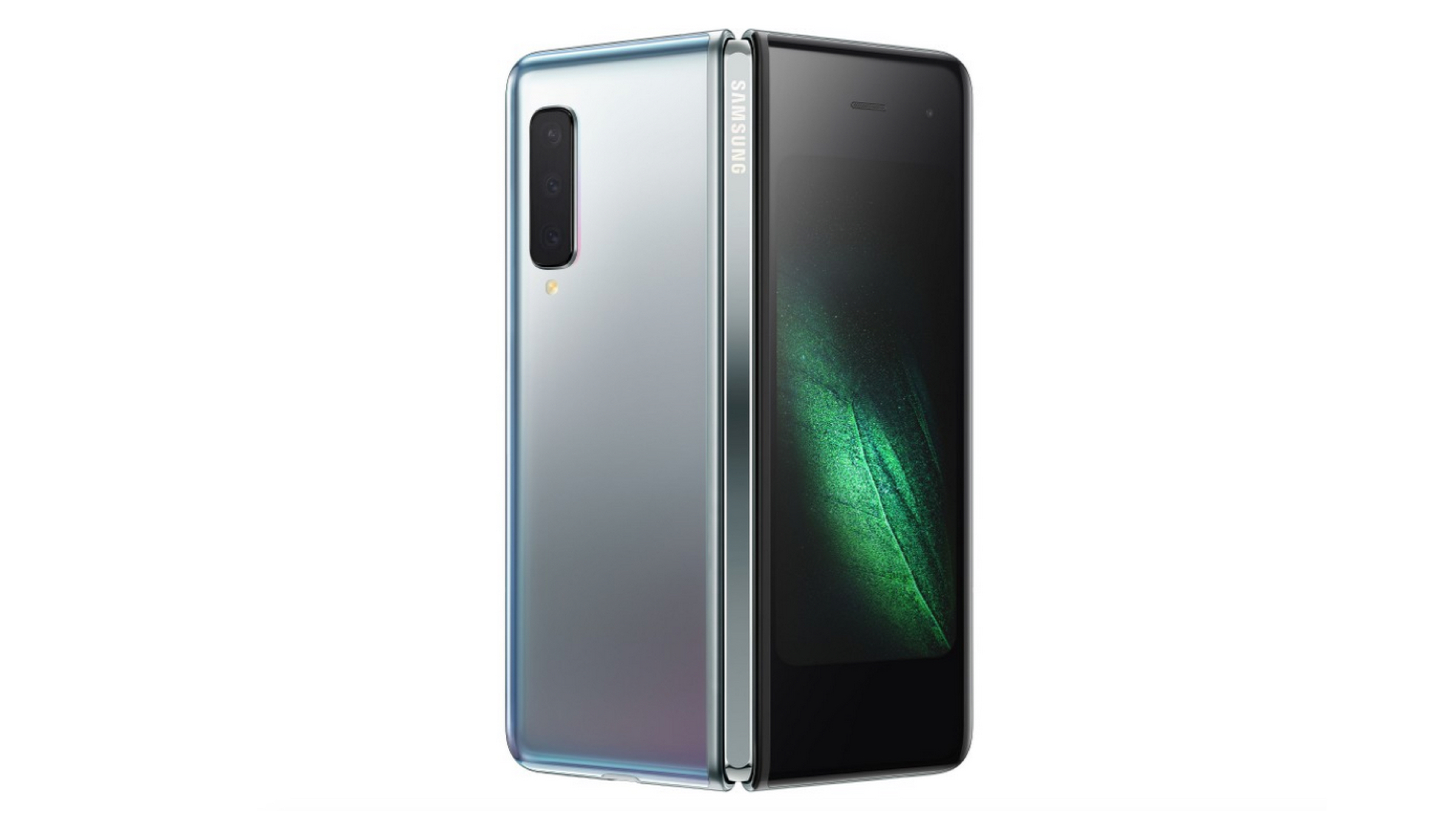 Also read: Samsung Galaxy A10, A30 and A50 Images Leak Online

The Galaxy Fold has been launched as a smartphone in the premium category. It has been priced at US$1980 (INR 1,40,000) and will be available starting April 26 in the US. Unfortunately, the company has not provided any information about the India launch.