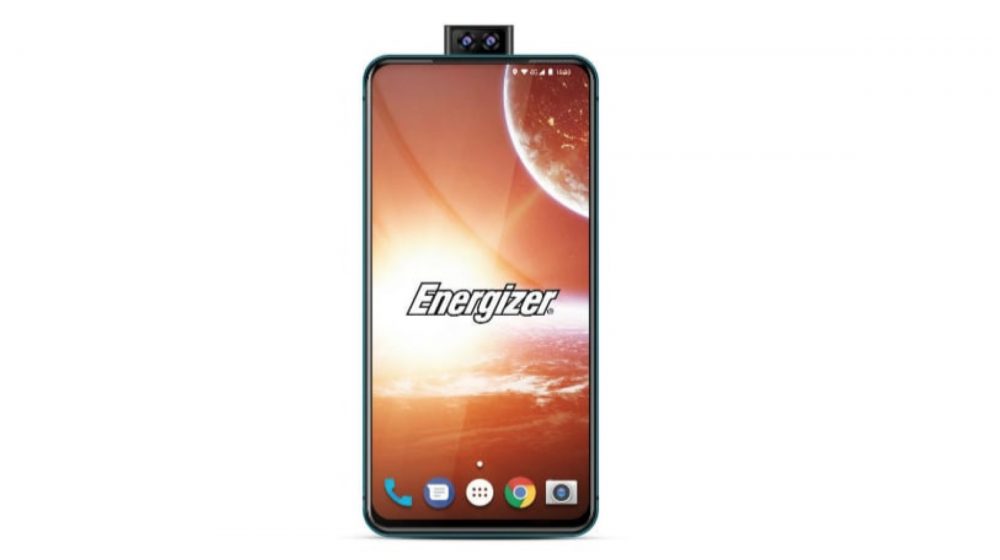 The MWC 2019 has seen a lot of new smartphones being unveiled. Some of those devices had batteries that could last 4 days, others, not so much. What about a battery with 50 days of standby time? This is not a speculation, this is the Energizer Power Max P18K Pop which has a huge 18,000 mAh battery. The company claims to provide 200 hours of continuous video playback time with this device, which is the highest ever recorded. The P18K Pop runs on the 12nm MediaTek Helio P70 chipset, which has an octa-core CPU and a Mali-G72 MP3 GPU. It is paired with 6GB of RAM and 128GB of internal storage. The device runs on the Android 9 (Pie) out-of-the-box. It features a triple camera module, which comprises of a 12 MP primary camera, a 5 MP sensor and a third 2 MP sensor. It also sports dual front pop up cameras with a combination of a 16 MP primary camera and a 2 MP secondary camera. The Power Max P18K Pop has a 6.2 inch IPS LCD panel, which gives the device an 83.8 percent screen-to-body ratio. The device has a resolution of 2280 x 1080 px, and a 19:9 aspect ratio with a pixel density of 407 ppi. The device features USB OTG and a Type-C 1.0 reversible connector. The highlight, however, is the massive 18,000 mAh battery. The device stands at 18mm thickness, which gives it a chunky look. As mentioned before, the smartphone can provide 50 days of standby time and 200 hours of continuous video playback. Going by the current smartphone standards, this is an appreciable time span.

As per reports, The Energizer P18K Pop will go on sale later this year. Although there is no confirmed price for the same, the device can be expected to sell at a high price point.