by Yashonil GuptaFebruary 26, 2019
0
Now Reading
1TB MicroSD Cards Are A Reality At MWC 2019
Browse This Page 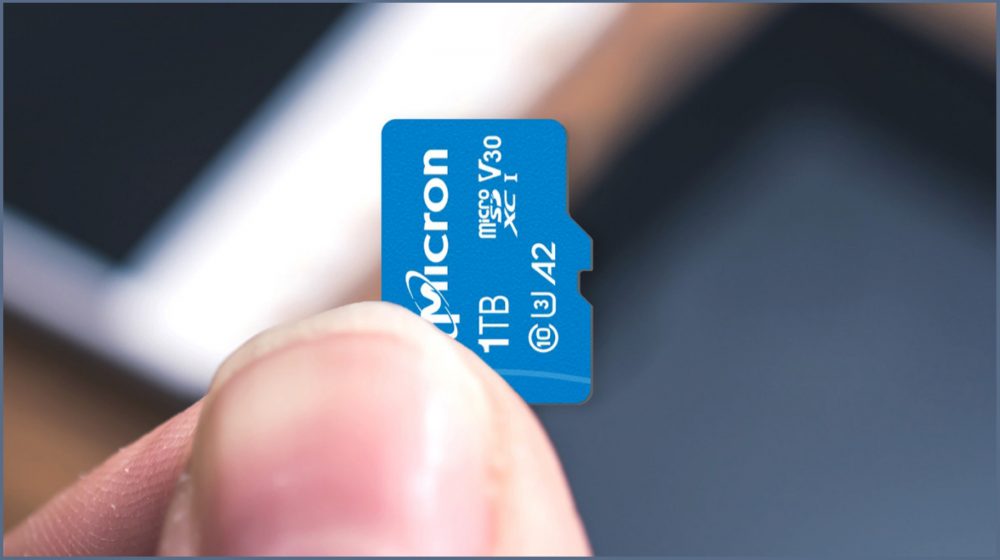 The Mobile World Congress (MWC) in Barcelona is a stage to showcase cutting edge products in the field of technology. Due to the high speed internet boom, the production and consumption of digital media content has risen several folds. With the growth of digital media consumption, the  need for hardware to store this content has also risen. Two well-known names in storage solutions, Micron and Sandisk owned by Western Digital have announced the world’s first microSD cards with a whopping 1TB storage capacity. Both companies claim promising transfer speeds with the products. The two praiseworthy storage microSD cards launched at the event include Sandisk Extreme microSDXC UHS-I 1TB; and the Micron c200 1TB microSDXC UHS-I. These cards are, as mentioned above, the world’s first microSD cards to support 1TB of storage. The Western Digital’s 1TB microSD card is claimed to be capable of a data read speed of up to 160MBps and a peak data write speed of 90MBps. It follows the A2 specification for launching and loading apps which the company claims offer a performance output of 400 Input/Output Operations Per Second (IOPS) and 2000 IOPS. This allows the card to be very fast while performing tasks like app launching or file transfers. The Micron c200 1TB microSD has a lower read speed than Western Digital’s offering. The read and write speeds are clocked at 100MBps and 95MBps respectively. It employs the Dynamic SLC cache and performs automatic resource management for sustained peak performance. Just like the Sandisk’s 1TB card, it also follows the A2 specification. The card leverages Micron’s 96 layer 3D quad level cell (QLC) NAND technology for faster speeds. Both these cards are expected to be helpful in providing efficient storage for 4K videos, pictures and games on smartphones and other electronic devices.

The SanDisk Extreme microSDXC UHS-I 1TB microSD card will be sold $449.99 (around Rs. 32,000) and is up for pre-order from the official SanDisk website. The Micron’s offering will be available to buy in Q2 2019 but unfortunately, the company has not provided any information on pricing of the card. But it is expected to be priced lower to Western Digital’s offering.