Korean electronics giant, Samsung has been on a smartphone launching frenzy lately. The company has populated its Galaxy A lineup with numerous smartphones which range from the budget segment to the premium segment. On the 10th of 2019, Samsung launched two premium smartphones, namely the Galaxy A70 and the Galaxy A80 at an event in Thailand. Later that evening, the company unveiled two other smartphones in the UK which include the Galaxy A40 and the A20e.

Galaxy A40 Design And Features The newly launched Galaxy A40 is highly reminiscent of its siblings from the Galaxy A lineup. The front of the smartphone accommodates a 5.9 inch Super AMOLED display with Infinity U notch which houses an f/2.0 aperture equipped 25 MP sensor. The rear panel of the handset is made out of glossy plastic which Samsung refers to as a ‘3D Glasstic’ design. The rear side of the smartphone harbours the company branding, oval shaped fingerprint sensor and dual camera setup. 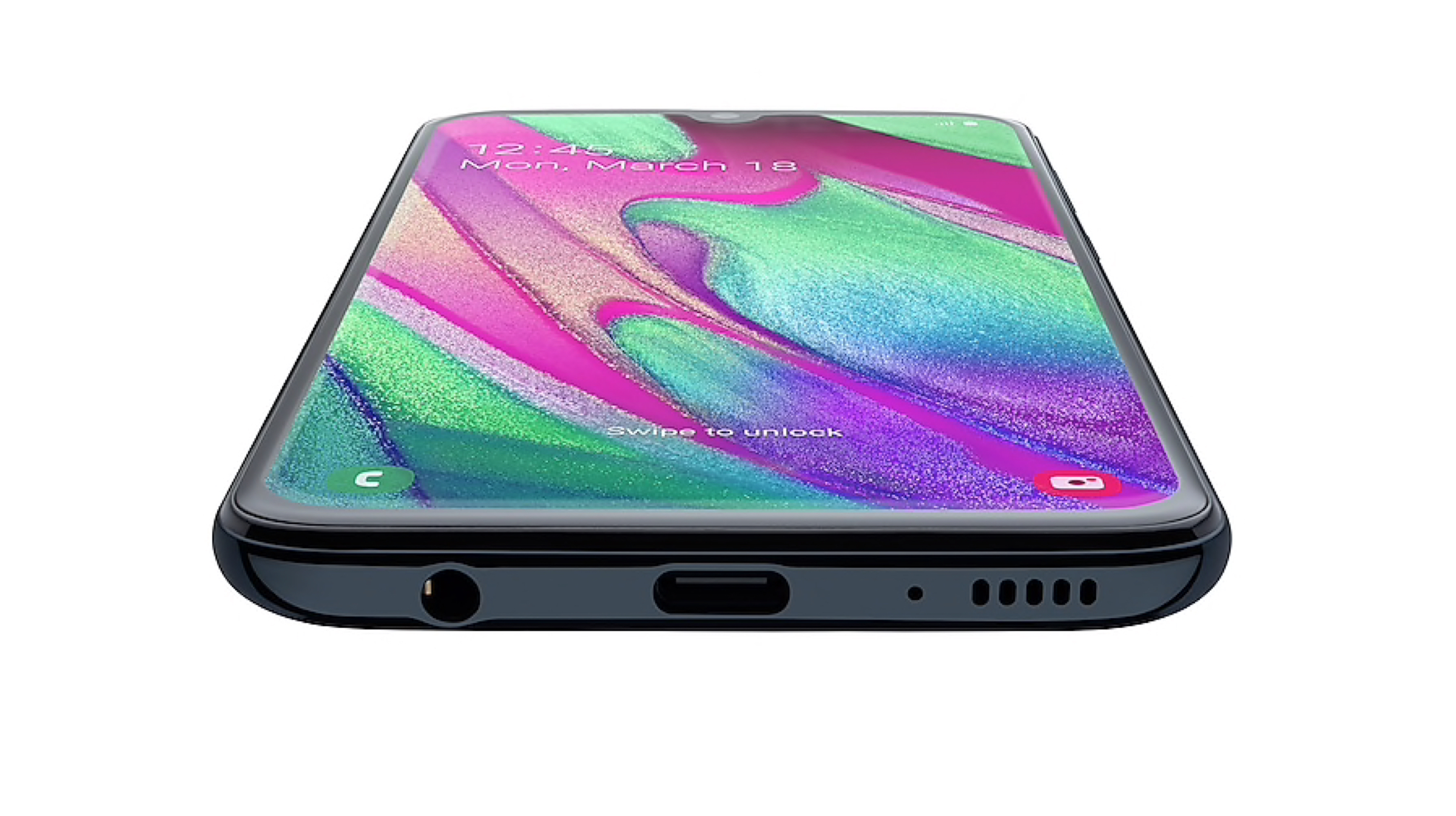 The dual rear camera setup of the Samsung Galaxy A40 is comprised of an f/1.7 aperture equipped 16 MP sensor, f/2.2 aperture equipped 5 MP sensor and an LED flash. In addition to the rear-mounted fingerprint sensor, it also supports face unlock technology. The smartphone is powered by a 3,100 mAh battery which supports 15 w fast charging. Under the hood, the Samsung Galaxy A40 features the Lassen O+ octa-core processor which has a clock speed of 1.8 GHz. Connectivity options on the smartphone include Dual 4G VoLTE, 802.11 ac Wi-Fi, 3.5 mm audio jack, NFC, GPS and a bottom mounted Micro-USB port for charging and data transfer. The handset runs on Samsung’s One UI which is built on top of the latest Android 9 Pie. Also Read: The Upcoming Redmi Y3 Will Have A 32 MP Selfie Camera

The Samsung Galaxy A40 is available in four colour options which include Black, White, Coral and Blue. In terms of memory and storage, the handset has 4 GB of RAM and 64 GB of inbuilt storage which is further expandable up to 512 GB via the dedicated MicroSD slot. The handset is currently available in the UK at a price of € 250 (Rs 19,500) and is soon expected to debut in India.