HTC short for High Tech Computer Corporation is known for developing smartphones with unique and quirky features. Noteworthy, it was the worlds first company to launch a dual camera smartphone in the form of the HTC EVO 3D. Late last year, it launched the HTC EXODUS 1 which is the worlds first crypto mining smartphone. A fresh report claims that the company is planning to launch its second-generation blockchain focused smartphone which will allegedly be called the HTC EXODUS 2. According to a former HTC executive, the company plans to launch the aforementioned smartphone before 2019 ends which will help it boost slumping smartphone sales while continuing to expand its blockchain ecosystem. In addition to mining cryptocurrency, the smartphone will also have a wallet for storing this form of digital currency. Even though the source does not reveal any details or specifications of the upcoming smartphone, it is likely to feature beefed up specifications in comparison to its predecessor. Assumedly, HTC EXODUS 2 will be kitted with the Snapdragon 855 SoC which is one of the best flagship chipsets for Android smartphones. The chipset is manufactured using 7 nm fabrication process and it comprises of an Octa-Core CPU and the Adreno 640 GPU. Like its predecessor, the upcoming device is expected to support Edge Sense 2 technology, IP68 rating, Zion Wallet a large screen display with QHD+ resolution. Conclusively, precise details of the device will only be revealed once HTC makes it official later this year. For refrence, the specifications of the HTC EXODUS 1 are as follows: 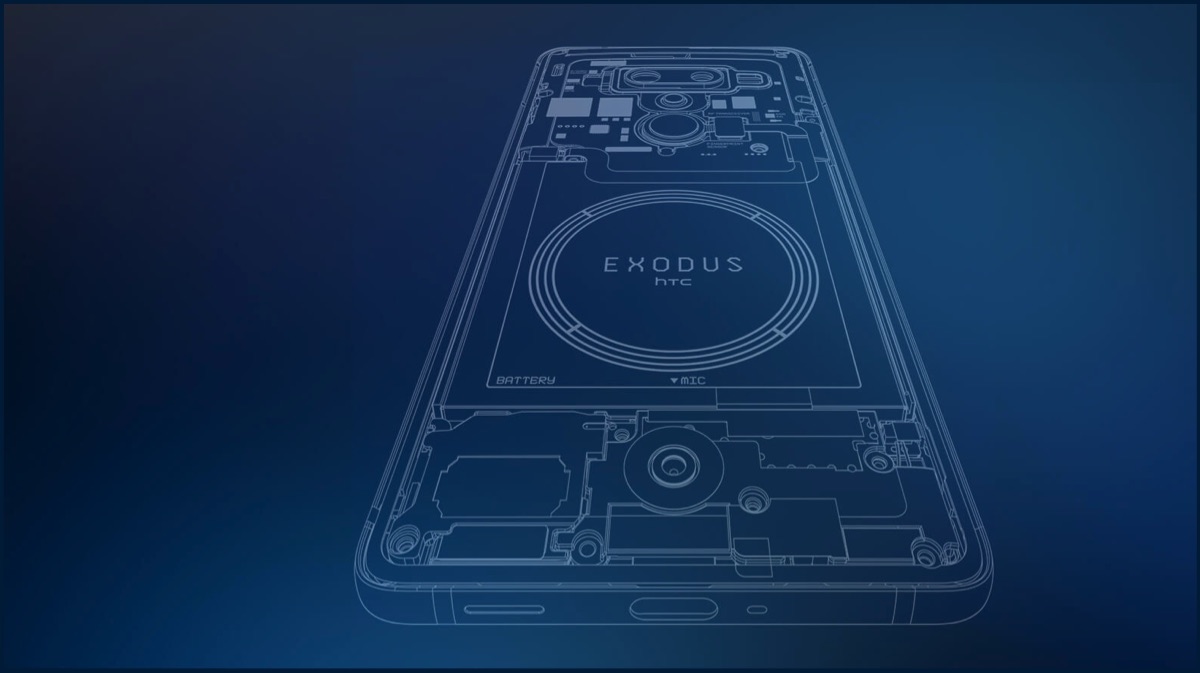 The HTC EXODUS 1 has a 6 inch Quad HD+ display with an 18:9 aspect ratio. For photography, it features 12 MP + 16 MP dual rear cameras and 8 MP + 8 MP dual front cameras that support natural Bokeh effect. The rear cameras can record 2160p videos @ 60 fps with HTC’s 3D audio recording. Under the hood, the HTC EXODUS 1 runs on the Snapdragon 845 chipset. In terms of memory and storage, it has 128 GB of UFS 2.1 ROM and 6 GB of DDR4x RAM. The device is IP 68 dust & water resistant and supports Single Sim 4G LTE. It has an inbuilt Zion wallet that securely stores the cryptocurrency. The HTC EXODUS 1 runs on Android Oreo and has a 3,500 mAh battery with fast charging support.