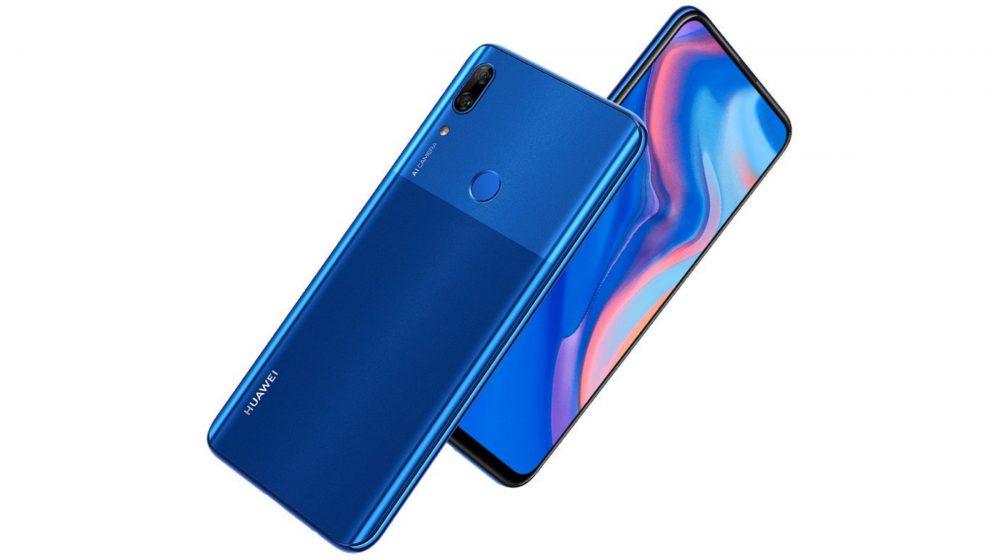 Huawei has listed its latest smartphone, the P Smart Z on its official Spanish website. The device boasts of being the first from the company to sport an elevating mechanism to house the front-facing camera, implementation of whose was first seen with the Vivo Apex smartphone last year. The P Smart Z features an all-glass design on the front and rear with two-tone colour design on the back. It has a large 6.59-inch display with a resolution of 2340 x 1080 px and a pixel density of 391 ppi. To maximise the screen real estate of the smartphone, a pop-up camera mechanism is implemented on top of the device. The technology is also seen in smartphones like the Vivo V15 Pro and the rumoured OnePlus 7 Pro. For biometric security and rapidly unlocking the handset, it has a rear mounted fingerprint sensor with support for face unlock technology. The Huawei P Smart Z is powered by a 4000 mAh battery which can be replenished by the bottom mounted USB Type-C port on the device. It runs on the latest Android 9 Pie, which is topped off with the company’s custom skin EMUI 9. The smartphone will be available in three colours, namely Sapphire Blue, Midnight Black, Emerald Green. Also read: Xiaomi To Soon Launch The Mi A3 And A3 Lite In India Hints Teaser

While the Huawei P Smart Z has been listed on the company’s official Spanish website, details about the pricing and availability are not known yet. But, previous leaks reveals it will be priced at EUR 279 (Rs. 21,600). As it has officially been listed by Huawei, it is expected to be made available for purchase in the following weeks.