In an event held in London, Huawei’s sub brand, Honor has launched its latest smartphones, the Honor 20 and the Honor 20 Pro. The newly launched devices are flagship grade handsets that have a focus on photography. Both smartphones have a similar design and have a lot of heterogeneous specifications including the chipset, front camera, display and connectivity options. 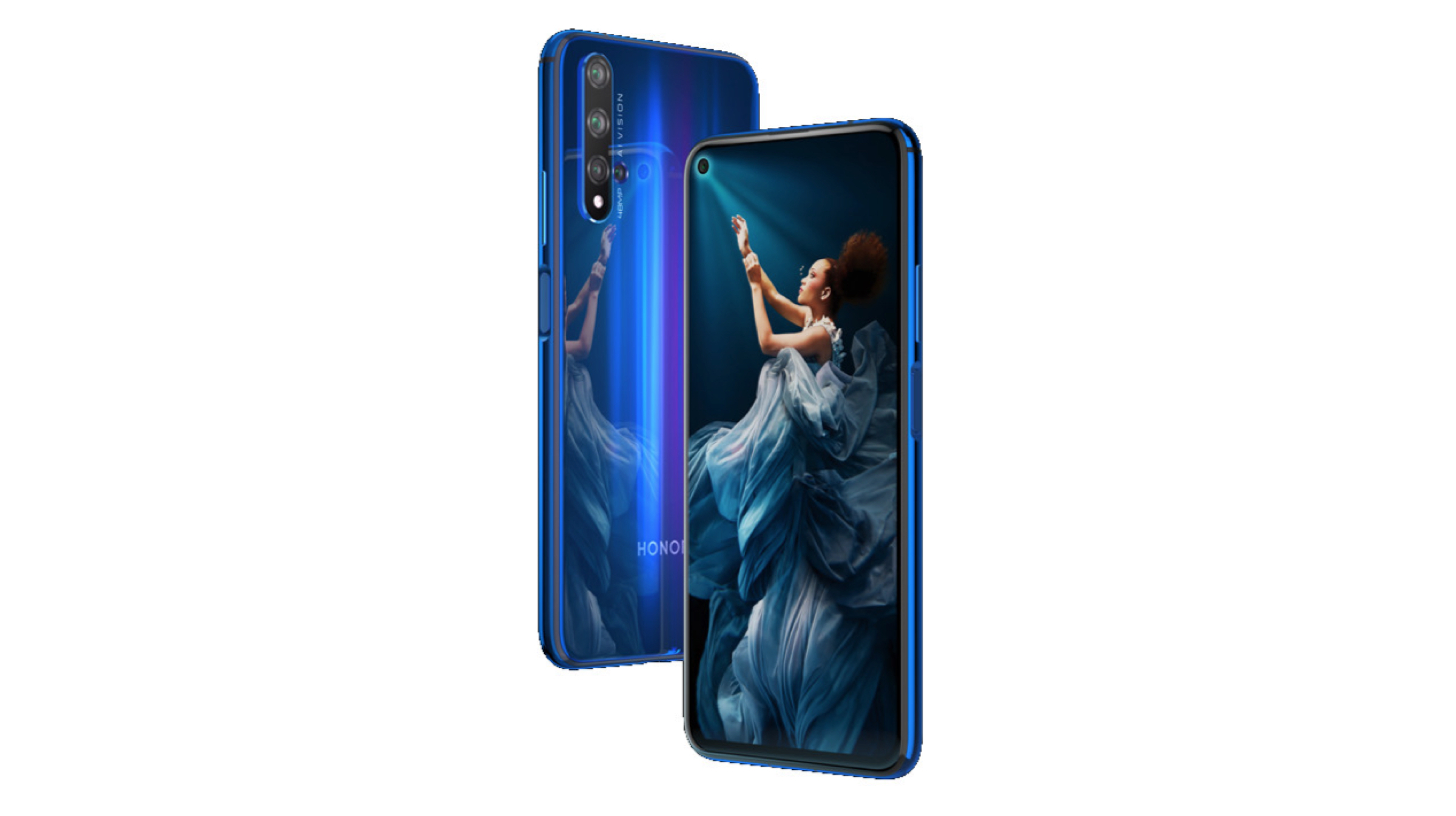 Both the Honor 20 and the Honor 20 Pro have an elegant design owing to the large screen display on the front. The display on both smartphones has a punch hole which houses the front facing selfie camera. The rear of the smartphones is made out of glass which harbours the company branding and the quad rear camera setup which is aligned in a vertical arrangement. The right side of both devices is occupied by the volume rocker and the power button which also doubles up as the fingerprint scanner. The bottom of the devices houses the USB Type C port which is flanked by the loudspeaker and the charging grille on either side. Both the Honor 20 and the Honor 20 Pro feature a 6.26 inch LCD display. The smartphone duo has a 32 MP resolution front facing camera which is housed in the punch hole in the display. Under the hood, they pack the Kirin 980 SoC which is also present on the previously launched Honor View 20 and the Huawei P30. The chipset consists of an Octa Core CPU and the Mali G76 GPU. In terms of battery, the Honor 20 is powered by a 3750 mAh battery whereas the Honor 20 Pro is powered by a 4,000 mAh. Both devices also support 22.5 W fast charging. Connectivity options on the two smartphones include 802.11 a/b/g/n Wi-Fi, Bluetooth 5.0, GPS, Dual 4G VoLTE and the bottom mounted USB Type C port. Both handsets also have a whole host of sensors which include an accelerometer, proximity sensor, gyroscope and a compass.