Late last year, Xiaomi took over the hardware business of Meitu which is a luxurious smartphone maker from China. Freshly discovered listing on the Chinese regulatory website, TENAA states that Xiaomi will soon launch the first smartphone that is co-developed with Meitu. As per the posters of the smartphone shared on Chinese social media website, Weibo, it will be named CC9e and will be a mid range handset. According to the TENAA listing, the Xiaomi CC9e has a 6.39 inch display on the front which features a waterdrop notch up top. The rear panel of the device seems to be made out of plastic which harbours a triple camera set up along with an LED flash and the company branding. Similar to several other Xiaomi handsets, the upcoming device has right side mounted power button and volume rockers. In terms of dimensions, the Xiaomi CC9e measures 156.8 x 74.5 x 8.67 mm. Under the hood, it packs the Snapdragon 710 SoC which consists of Octa Core CPU and Adreno 616 GPU. For clicking selfies, the smartphone will feature a 32 MP camera. Out of the triple rear camera setup, the main sensor will have 48 MP resolution. The device is powered by a 3900 mAh battery which is reported to support 18 W fast charging. 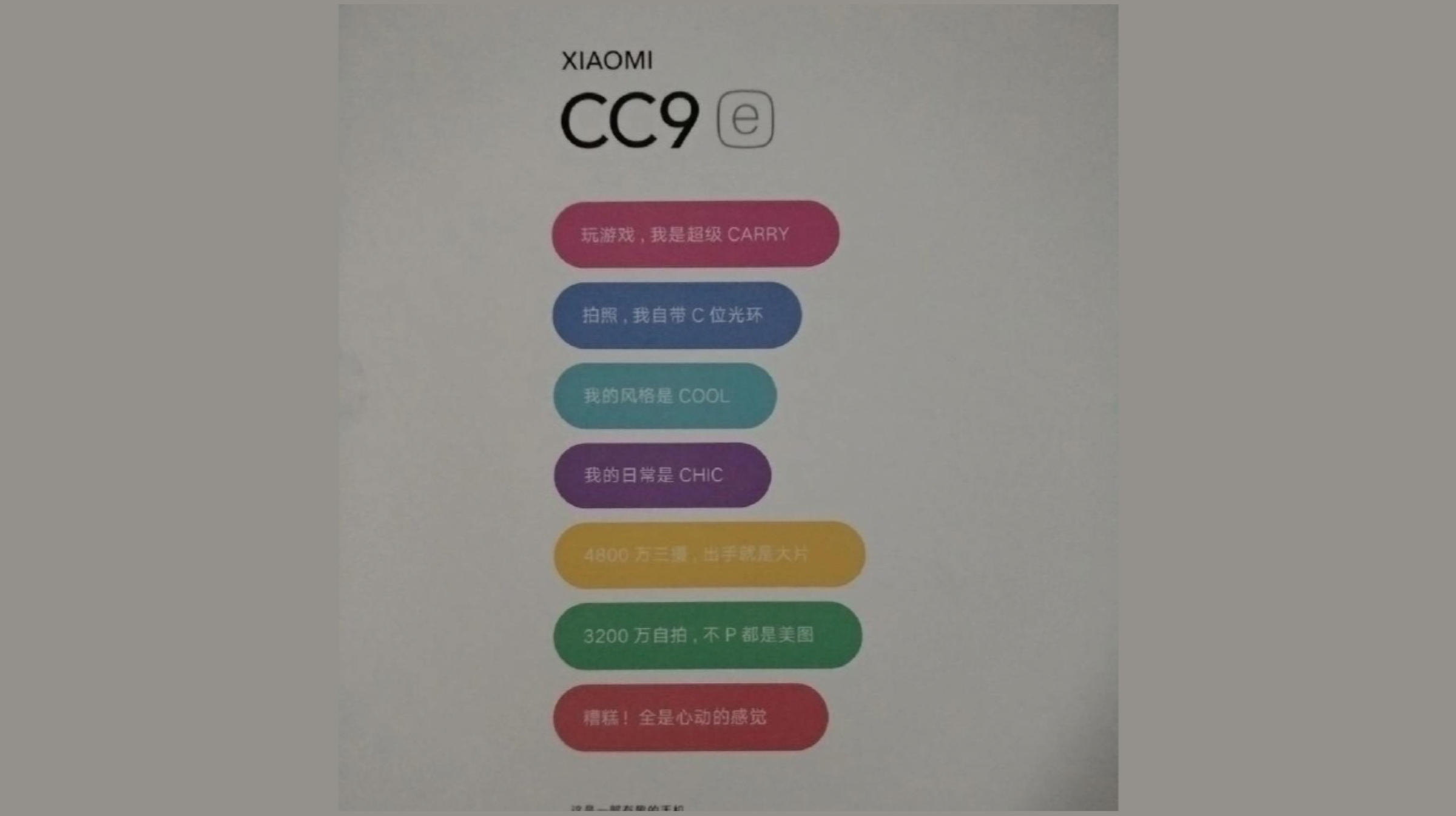 All in all, only the pricing of the Xiaomi CC9e is left to the imagination as the aforementioned sources have revealed almost all details about the upcoming device. Even though the launch date of the device is currently unavailable, it is expected to be announced very soon.