Realme X Vs Redmi K20 : Which One Should You Pick?

by Sahil KapoorJuly 17, 2019
0
Now Reading
Realme X Vs Redmi K20 : Which One Should You Pick?
Browse This Page Earlier this month, Realme launched the Realme X mid-range handset which due to its value for money was able to turn a lot of heads. Now, India’s number one smartphone manufacturer, Xiaomi has launched its mid-ranger which is dubbed the Redmi K20. Due to similar pricing and features of the two handset, a confusing situation for the end-user has manifested. In this article, we will look into each and every aspect of both devices which will subsequently help the reader in selecting the best choice based on their needs and requirements. Due to the highly subjective point of view of different human beings, it is hard to state which smartphone out of the two has a better design. Nevertheless, we can still place the Realme X and Redmi K20 head to head, on behalf of aspects like the type of notch and materials used.

In terms of build, the Redmi K20 has glass on both the front and back which is held together with an aluminium alloy chassis. On the other hand, the Realme X has front glass but both the rear panel and chassis of the smartphone are made of hard plastic. Besides both devices have a motorised module on top which houses the front-facing selfie camera.

Due to a glass back which is extremely hard to scratch and an ultra-durable aluminium chassis, the winner of this round we feel is the Redmi K20. The display of any smartphone is definitely one of its most crucial feature and the contenders in this face-off are no exception. The Redmi K20 features a 6.39 inch display whereas the Realme X has a 6.53 inch display which is a tad better larger. Both smartphones are equipped with a Super AMOLED display which provides for adequately bright illumination and great viewing angles.

Moreover, display on both the Realme X and Redmi  K20 is protected with Corning Gorilla Glass 5. In terms of the pixel density, the display on the former has a ppi of 394 ppi while the latter has a display with 403 ppi. Even though Redmi K20’s display has slightly higher pixel density, the difference is inconsiderable. Besides human eye can only different pixels if the density is below 326 ppi.

Therefore, due to a larger sized display, the winner of this round, according to us is the Realme X. Another important factor that buyers consider while choosing a smartphone is battery capacity. The Realme X has a 3765 mAh battery while the Redmi K20 has a 4,000 mAh battery. Both handsets also support fast charging, the former supports 18 W Qualcomm Quick charge technology whereas the latter supports 20 W VOOC 3.0 proprietary charging technology.

Though, not by a huge margin, the Redmi K20 is able to regain its lead in the battery department. 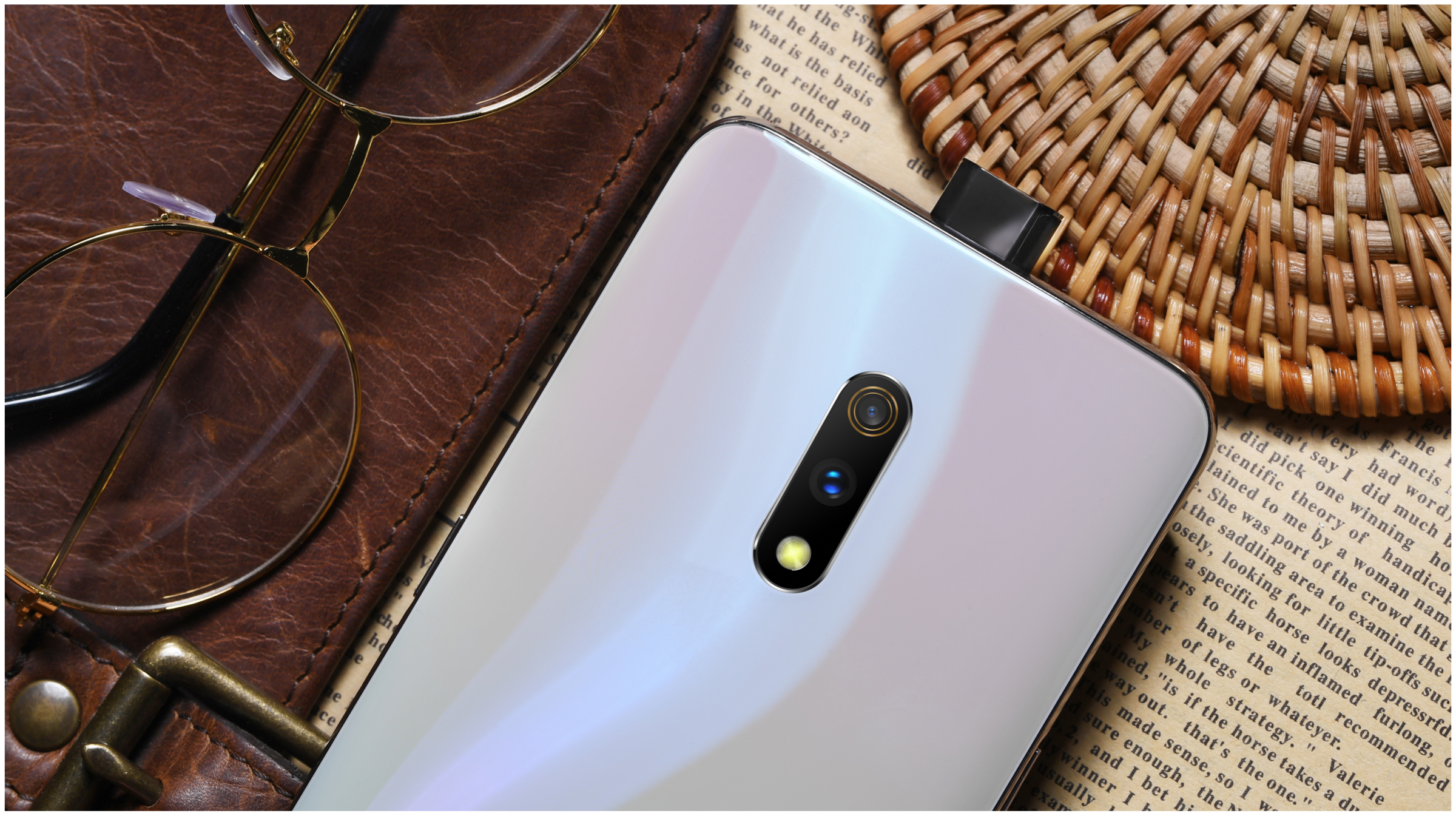 Speaking of resolution, the Realme X has a 16 MP sensor while the Redmi K20 is equipped with a 20 MP shooter. Nevertheless, a lot is dependent on the image processing and both the companies load their handsets with tons of artificial photo and video enhancing capabilities. Hence, we cannot pick an outright winner in the front camera department. Though the things are a bit different when it comes to the rear camera setup.

The triple camera setup on the Redmi K20 is comprised of an f/1.8 aperture equipped 48 MP Sony IMX 582 sensor, 8 MP telephoto sensor and a 13 MP ultrawide sensor. The Realme X, on the other hand, has a 48 MP Sony IMX 586 sensor and a 5 MP depth sensor. On paper, the Sony IMX 586 on the latter is better than the IMX 582 on the Redmi K20. The additional ultrawide and telephoto sensor provide the Xiaomi’s offering with a clear advantage.

The winner in the photography domain, according to us is the Redmi K20. For users who are interested in knowing the video capturing capability, both devices can capture 2160p videos from the rear camera setup and 1080p videos at 30 fps from the single selfie camera. Besides being more power-efficient, the Snapdragon 730 also incorporates the superior 618 GPU. Hence, with the better overall chipset, the Redmi K20 steer far ahead from the Realme X. 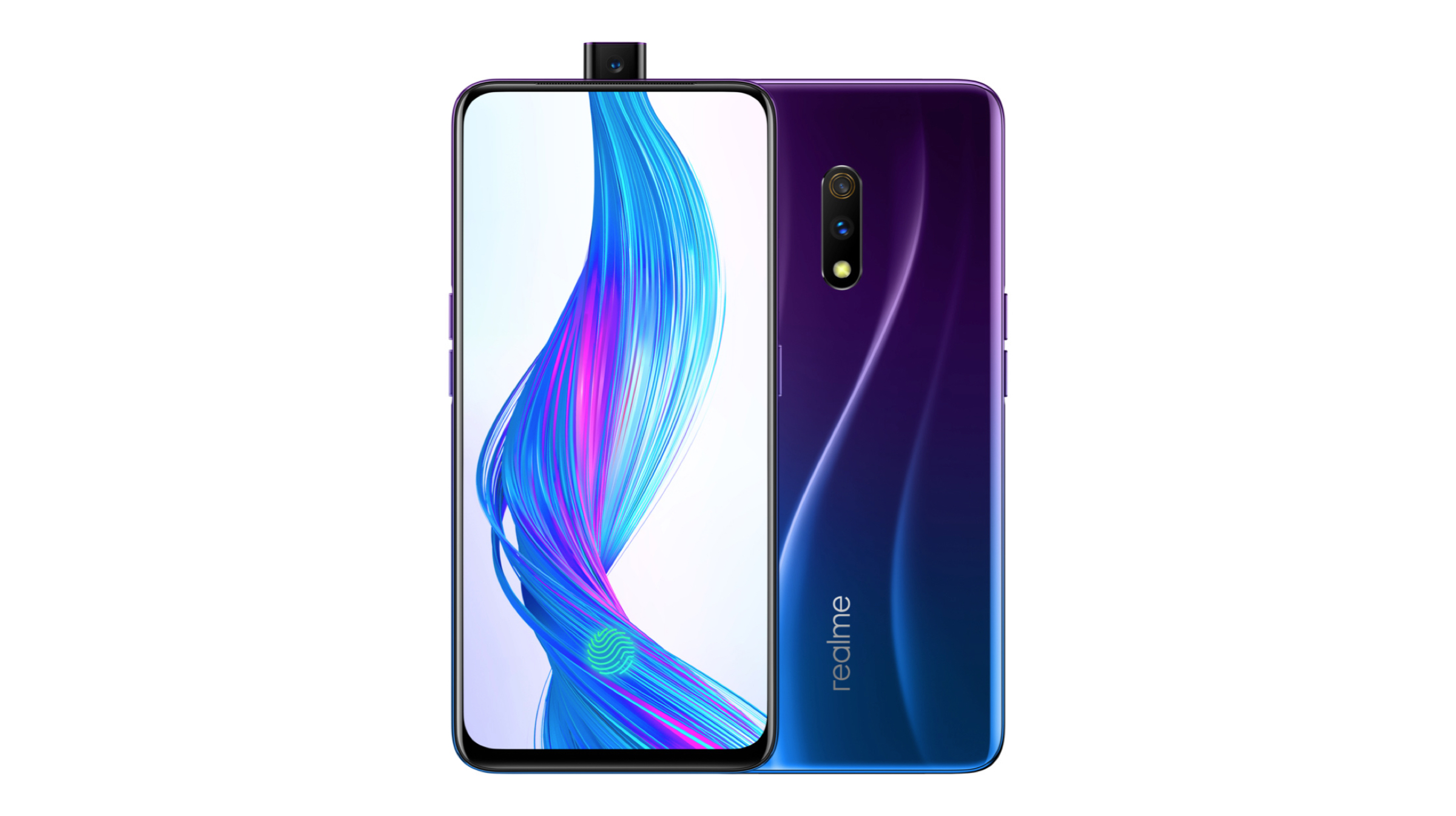 Connectivity options on both the Redmi K20 and the Realme X are similar. The two devices support 802.11 ac Wi-fi, Bluetooth 5.0, Dual 4G VoLTE and USB Type C ports. But, the offering from Xiaomi additionally supports NFC which is used for wireless payments and instantly connecting or sharing data between compatible handsets.

Moreover, the Redmi K20 has a USB C 2.0 port which offers faster data transfer speed than USB C 1.0 which is present on its contender. For biometric security, both smartphones also have an indisplay fingerprint scanner, in addition to face unlock and the conventional screen lock. The two devices also support 3.5 mm audio jack which is slowly becoming a novelty.

Due to built-in NFC support and faster USB C technology, the Redmi K20 once manages to defeat the Realme X.

Both the Redmi K20 and Realme X are offered in two storage options for which the price is as follows:

Neither of the smartphones supports memory expansion. What are your thoughts on the two new mid-rangers? Which one according to you is a better device, let us know in the comments below.