OnePlus 7 Pro Vs Galaxy Note 10+, Which One Should You Pick?

by Sahil KapoorAugust 9, 2019
0
Now Reading
OnePlus 7 Pro Vs Galaxy Note 10+, Which One Should You Pick?
Browse This Page Earlier this week, Samsung launched the Galaxy Note 10+ which is targeted towards the premium segment. Following the smartphone’s launch in the US, the company has also started taking its pre-orders in India. Clearly, the Galaxy Note 10+ is one of the best Android smartphones that are currently on offer.

Besides, the OnePlus 7 Pro is another device that is a worthy contender to this title. Due to the difference in price and specifications, it can be perplexing for the user which device should they pick. In order to simplify the process, we have written a detailed guide that will help you reach the decision and you will be able to pick the best device for yourself based on your requirements. The front of Galaxy Note 10+ features a punch hole that houses the selfie camera, on the other hand, the OnePlus 7 Pro has a pop-up selfie camera. The front of the two smartphones have negligible bezels on all sides and have a display that tapers towards the sides.

The rear of both the Galaxy Note 10+ and OnePlus 7  Pro is made out of Glass which carries the company branding and the camera setup. Overall, both the devices are made out of premium materials including glass and metal and they seem to be equally well built.

Design is one department that is highly subjective and it varies based on every user’s preference, therefore it is not feasible to choose a clear winner. Hence, this is one department in which the user must choose their poison. 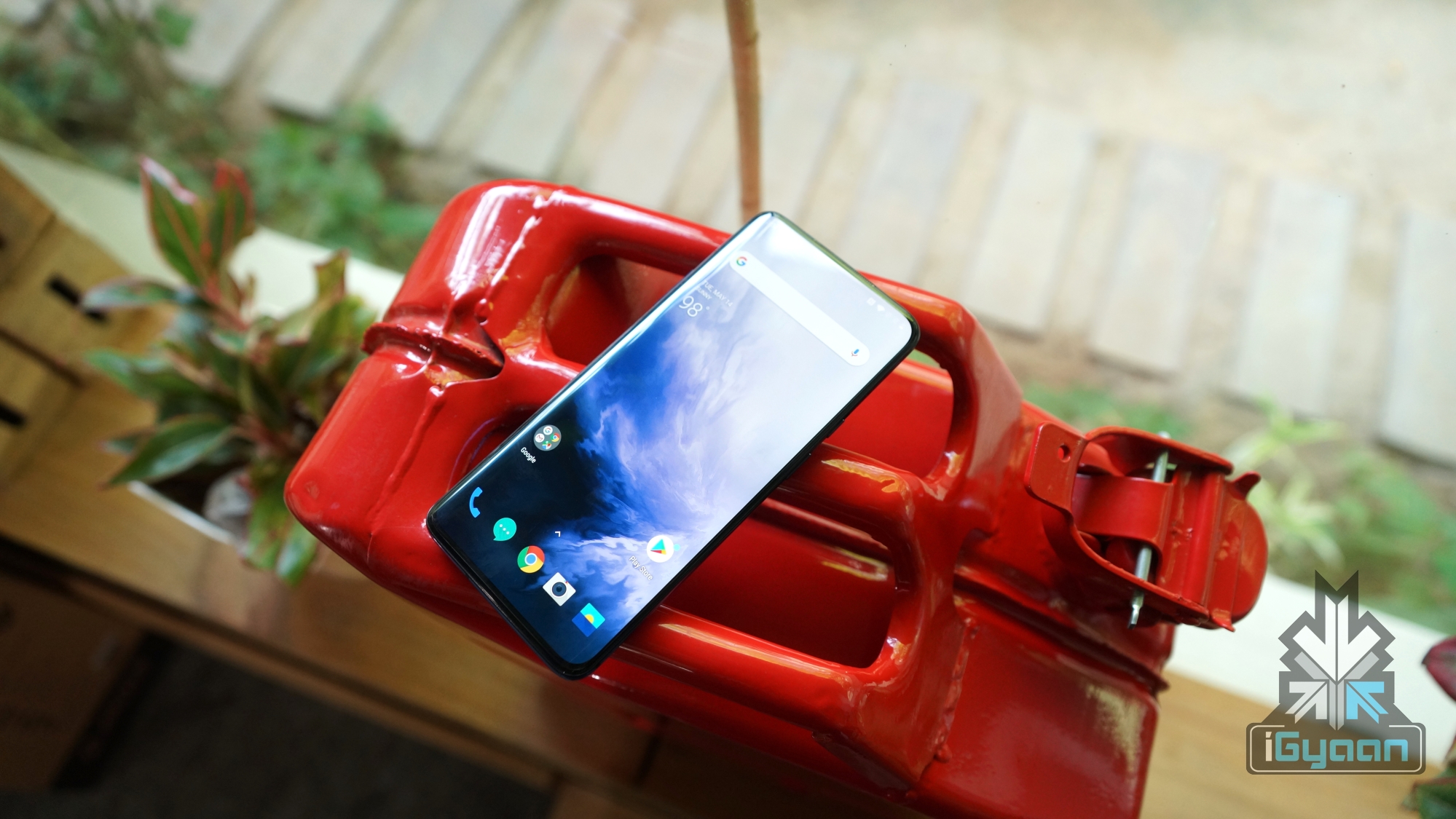 Both the size and pixel density of the display on the two smartphones are similar. However, one notable difference is the 90 Hz refresh rate of OnePlus 7 Pro’s display.

We are yet to get our hands on the Note 10+, nonetheless, we have already experienced the Galaxy S10 lineup that features the same display with a smaller size. The display on the device has excellent viewing angles and colour reproduction.

But, it cannot match the smoothness that the 90 Hz display panel that is found on the OnePlus 7 Pro. Therefore, we give this round to the OnePlus’ offering. The battery is an important aspect of every smartphone and could be the key decisive factor for a large number of users. Fortunately, both smartphones are powered by large-sized batteries that support fast charging.

The Galaxy Note 10+ features the Samsung made Exynos 9825 SoC while the OnePlus 7 Pro features the Snapdragon 855. Both the chipsets are manufactured using a 7 nm fabrication process and consist of an Octa-Core CPU.

In terms of performance, both devices are expected to have comparable performance. However, we will have to wait until we get the Note 10+ to compare it against the OnePlus 7 Pro.

[Note: the US variant of the Note 10+ packs Snapdragon 855, which is not being talked about in this article] The Galaxy Note 10+ and the OnePlus 7 Pro are offered in two storage variants which are listed below:

We believe RAM capacities of upto 8 GB are more than sufficient to play any kind of applications including heavy games. However, as technology improves, graphics-intensive games including PUBG can benefit from additional RAM found on the Galaxy Note 10+.

The Samsung Galaxy Note 10+ is available in upto 512 GB of inbuilt storage. Besides, it also supports memory expandability upto 1 TB via a microSD card.

The higher RAM capacity, option to choose more storage and support for memory expansion makes the Galaxy Note 10+ a better choice than the OnePlus 7 Pro in this area. The two devices in our comparison have a single camera on the front. As previously mentioned the OnePlus 7 Pro has a motorised pop-up camera that has a resolution of 16 MP while the Galaxy Note 10+ has a 10 MP sensor that has dual-pixel technology.

The presence of a ToF camera an better video output form selfie camera allows the Samsung Galaxy Note 10+ to pull ahead of it competitor. At least on paper, the Samsung offering is superior to OnePlus but we will also test the camera on two once the Note 10+ starts shipping later this month. The two flagship smartphones have an under-display fingerprint scanner which is a nifty feature. However, the Galaxy Note 10+ uses an ultrasonic sensor while the OnePlus 7 Pro employs an optical sensor.

Although sensors on both smartphones can instantly bypass the lock screen, the ultrasonic scanner found on the Note 10+ is regarded as more secure and reliable. It tends to work fine even if the user’s hands are smushed with dirt or oil.

The ultrasonic waves can penetrate such substances whereas an optical sensor won’t be able to match biometrics in case the user has an untidy finger.

Other notable features that the Galaxy Note 10+ offers that are absent on the OnePlus offering, include DeX, an Sp02 meter and S-Pen.

DeX is short for Desktop Experience, this feature can mirror the contents of the Galaxy Note 10+ on a large screen display. It utilises the phone hardware to produce a desktop-like experience possibly replacing a laptop or desktop computer in certain scenarios.

The SpO2 sensor stands for peripheral capillary oxygen saturation it is used to estimate the amount of oxygen in the blood. Therefore, users that have certain health conditions, this feature of Galaxy Note 10+ can be highly beneficial.

The Galaxy Note 10+ also ships with the all new S-Pen which adds a whole new dimension of wireless control to the device like remotely clicking pictures or navigating between apps. As previously mentioned, both the devices are one of the best Android smartphones that money can buy. We have laid out all the differences in an easy to grasp manner so you can make the right choice based on your needs.

We feel the OnePlus 7 Pro offers better value in comparison to the Note 10+. However, if you are not constrained with a budget and you want a no holds barred phone that offers higher storage capacities, has several other bells and whistles like the S-Pen and absurdly fast 45 W fast charging, the Note 10+ has to be the device of your choice.

Would you like us to write more such articles and what are your thoughts on this one? Do Let us know in the comments below.