Sections
Top Around the Web
CompareComparing...
20457 Reliance Jio is one of India’s leading telecom service provider. The Mukesh Ambani owned company has seen massive success in its short time since it was introduced. Currently, its high speed internet service, Jio Fiber, which was announced last week has some varying prices and special offerings. It includes plan in-between anywhere from Rs. 700 to Rs. 10,000 which is offered alongside the fixed-line connection and set-top box. Now, let’s take a look at what’s in store for Jio customers:

Jio Fiber broadband offerings are bundled with a landline connection. Users have a choice between HD to 4K quality set-top box and have access to Jio’s Internet of Things (IoT). The company is also promising free calls for life from the fixed-line connection. Notably, the cost for international calls is being brought down by offering unlimited ISD calling to US, Canada at INR 500/month. Reliance Jio announced a set-top box that allows users to access the largest possible collection of TV Channels. It arrives after the company acquired multiple system operators like DEN, Hathway and GTPL. These operators have direct relations with over 30,000 LCOs (Local Cable Operators). The set-top box, landline and broadband connections are all routed via fibre-optics cables. Jio is introducing a revolutionary concept which will affect the way people watch new movies in India. The service will be available in mid-2020 and will be available for Premium Jio Fiber users to watch a movie as soon as they are released in the theatres. Jio Forever plans bring some exciting news for prospective customers. The annual plan can be opted and offer users a free HD or 4K LED TV and a 4K set-top box for free. It is yet to be announced which brand or make of TV will be provided and if or not a security deposit is required. 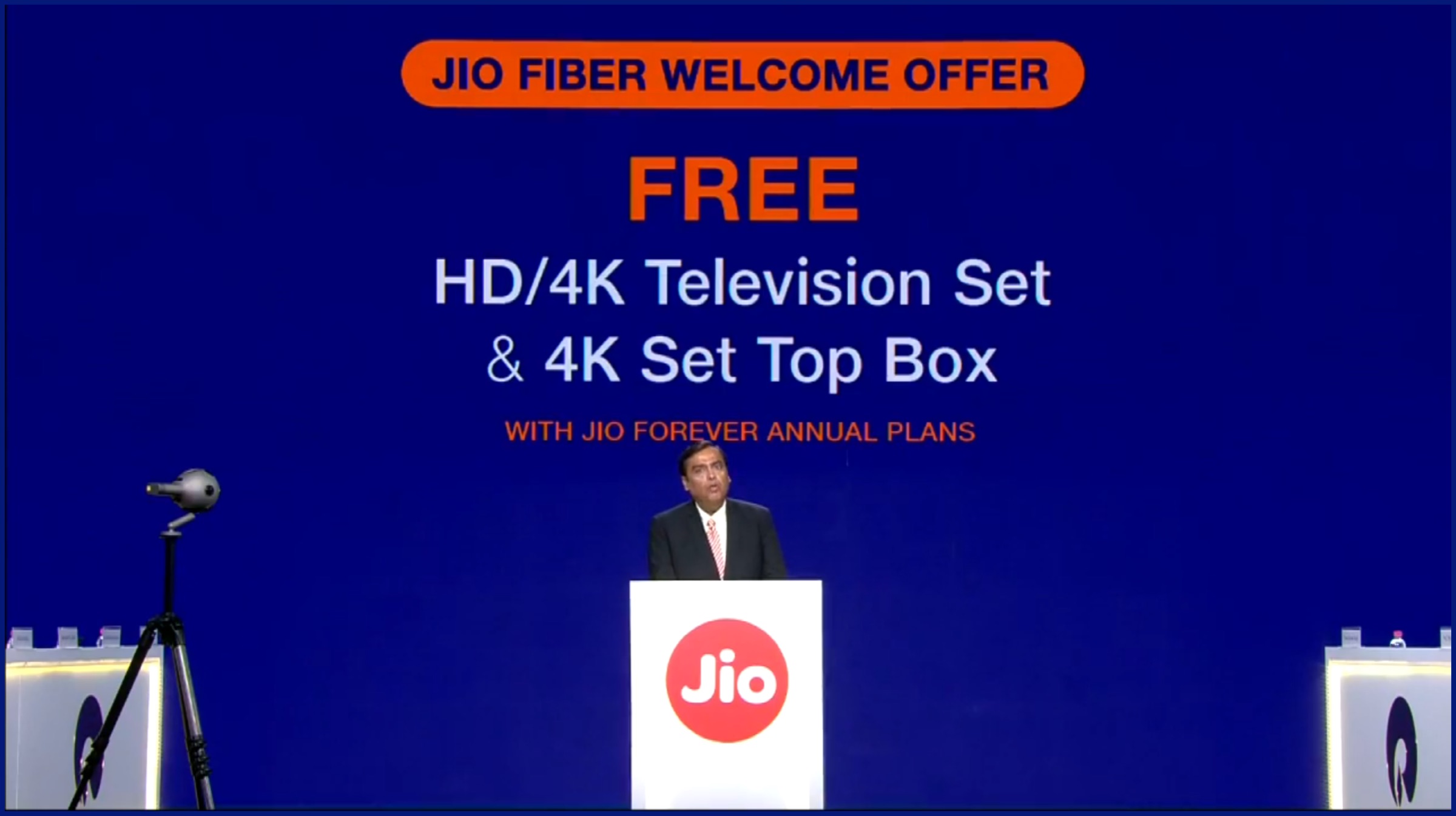 One of the more surprising news is definitely the companies entry into gaming. The Reliance Jio set-top box will arrive with a built-in graphics card. Notably, the company is also in collaboration with Tencent Games and Microsoft to make more games compatible. Zero-Latency gaming experience is being claimed right now but we have yet to see of its legitimacy. Jio’s set-top box will also have native support for VR and MR functionality. It means that such content in different categories like shopping, education and movies can be experienced. A special Holoboard MR headset is expected to arrive soon after as well. Jio is developing an innovative service on its Indian 4G network called Narrowband Internet of Things or NBIoT. The company is looking to connect the whole of India. It is expected that two years after its launch an estimate of two billion IoT devices in India. The service will commercially be available from 1st January 2020. The subscription for the Jio Fiber will start from INR 700 a month and has speeds start from 100 Mbps. Even the US, a developed country only averages around 90 Mbps. The power users are also being targetted with an INR 10,000 plan which seems like a more robust offering.

likethis
What's your reaction?
Awesome
43%
Epic
8%
Like
3%
I Want This
34%
Meh
11%
Posted In
Jio, Latest, Tech, Top Around the Web
Tags
Jio GigaFiber
Jio GigaFiber
About The Author 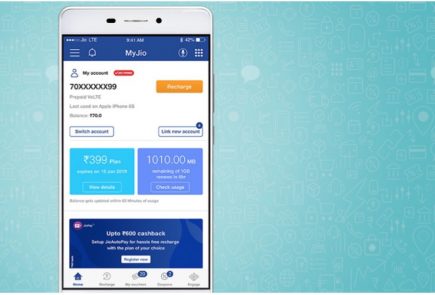 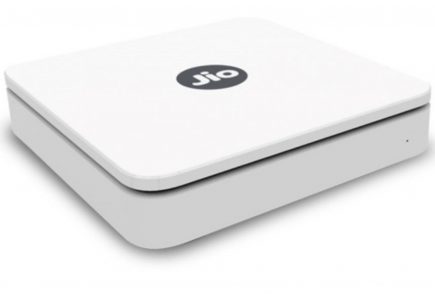