HP had recently teased us with a video of their upcoming glass based notebook, we were hoping for dual screens and what not. Hp has gone all out to disappoint us, but hey its still an awesome machine.

Specs include a 14-inch, 1600 x 900 Radiance Display, Core i5-2467M CPU, 4GB of RAM, a nine-hour battery, backlit keyboard and the most bizarre thing a NFC chip, which is built into the palm rest to transfer information to your phone. (sounds less bizarre now). Hp has also gone all out and bundles software

The Spectre is a one of a kind Ultrabooks with an all glass top and chassis. The Radiance display has extra bright backlit luminance and the lit logo adds flair. 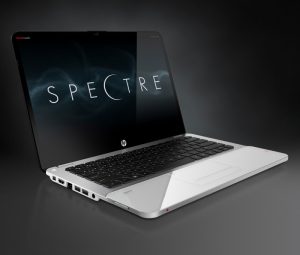 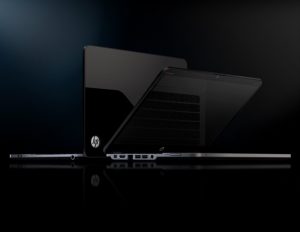 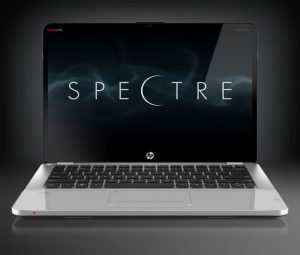 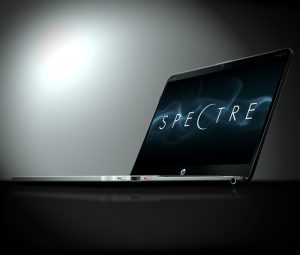 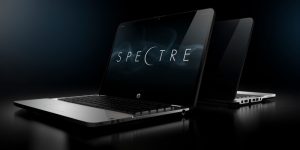 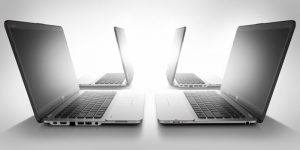 “Sleek, midnight black glass on the outside and stark contrast silver glass on the inside make Spectre extraordinary, defying conventional notebook design,” said Eric Keshin, senior vice president, Strategy and Marketing, Personal Systems Group, HP. “We chose the name for our first ENVY Ultrabook to evoke mystery, and we packed it with the best in entertainment technology to satisfy those who expect the unexpected.”

Equipped with a matching audio-grade speaker mesh and Beats AudioTM, an exclusive, high-performance technology developed by HP and Beats by Dr. Dre, the HP Spectre boasts an aluminum analog volume dial that acts as a visual design cue and works seamlessly with Beats Audio Manager to precisely adjust audio levels.

Built-in HP Wireless Audio turns any home into a concert hall, allowing users to stream uncompressed audio to up to four external devices or directly to any KleerNetTM-compatible device.

An HP Radiance Backlit keyboard provides outstanding illumination using individual LEDs dedicated to each keycap. The keyboard works with an advanced proximity sensor to intelligently sense a user’s presence, lighting up when a user approaches and dimming down after he or she leaves.

Pricing and availability
The HP ENVY 14 Spectre notebook PC is expected to be available in the United States on Feb. 8 with a starting price of $1,399.99.

The HP Spectre will also be available in early March in additional countries, including Canada, United Kingdom, Switzerland, Germany, Australia, Japan, Singapore, Chile and Mexico.
Additional information is available at www.hp.com/go/spectre or by calling the HP “Reserve Now” line at +1 888 291 7996.

Bharat Nagpal
Founder and Chief Editor of iGyaan. Bharat likes to keep on top of technology ! Follow Him on Google Plus : Google+
You Might Also Like
ComputingHardware NewsHPLatest
Read More