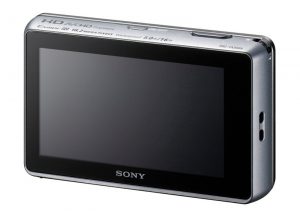 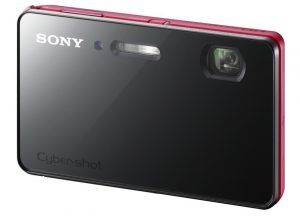 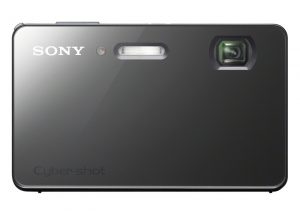 The other two cameras the WX50 and WX70 both pack a 16.2 megapixel Exmor R CMOS sensors, 25mm 5x optical zoom lenses, 12 megapixel stills during video capture, and 1080/60i HD shooting. Sony has added the Camera effects that everyone loved in the NEX series of cameras. the WX50 has a 2.75inch screen whereas the WX70 has a 3 inch screen. Both cameras have a huh outdoor visibility touchscreen. 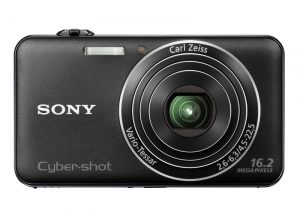 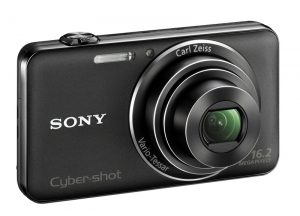 Three new models include the DSC-TX200V model from the ultra-thin Cyber-shot T series and the DSC-WX70 and DSC-WX50 models from the stylish, traditionally designed W series, each featuring a high-resolution “Exmor R” CMOS sensor and an improved BIONZ™ image processor that together boost low light performance and enhance auto-focus speeds, among other benefits.

“We continue to innovate in the compact camera space, finding new ways to help consumers produce high-quality photos and videos as easily as possible, regardless of lighting conditions” said Yosuke Tomoda, director of the Cyber-shot business at Sony Electronics.

High-Resolution, High-Speed, High-Quality
The new TX200V camera features a newly developed 18.2 MP “Exmor R” CMOS sensor, the highest-resolution currently offered in the “point and shoot” market, and a new BIONZ™ processor, which work together to create images and video files with extremely low noise. The advanced model also offers lightning-fast AutoFocus speeds of approximately 0.13 seconds in daytime and 0.25 seconds in low-light situations (speeds may vary based on shooting conditions), helping to ensure you never miss the moment.

Additionally, the TX200V Cyber-shot showcases a new beautiful, reinforced glass design with a large, 3.3-inch (8.3cm) Xtra Fine™ TruBlack OLED wide touch-screen. It is also water-proof (up to 5m or approx.16 feet), dust-proof and freeze-proof (up to 14oF), and features a “Photo Creativity” interface that lets users easily adjust creative settings to produce unique, custom-styled photos.

The new WX70 and WX50 models each are equipped with a high-resolution 16.2 MP “Exmor R” CMOS sensor, with the WX70 featuring a 3.0-inch 921k dot LCD touch-screen and the WX50 featuring a slightly smaller 2.7-inch LCD screen.