Leica couldn’t have let their yearly refresh go, without the addition of a uberly expensive variant of their flagship camera. Leica has joined hands with parisian design label Hermès to introduce Two special M9-P editions including 300 numbers of limited Edition Hermès digital rangefinder cameras which will retail for US $ 25,000 (Rs 13,50,000) in June. If you are feeling a little more extravagant, you may consider the 100 Special Limited Edition Hermès – Série Limitée Jean-Louis Dumas models for Us $50,000 (Rs 26,00,000). Here is a little bit of good news as both the cameras will come as complete kits, the cheaper (dare i say cheap) variant will come with calfskin leather with a silver chrome finish, and ships with a Leica Summilux-M 50 mm f/1.4 ASPH. optic. The higher end M9-p will come with a Leica Summicron-M 28 mm f/2 ASPH., a Leica Noctilux-M 50 mm f/0.95 ASPH. and a Leica APO-Summicron-M 90 mm f/2 ASPH all in anodized silver. 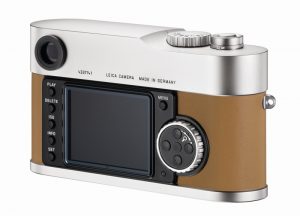 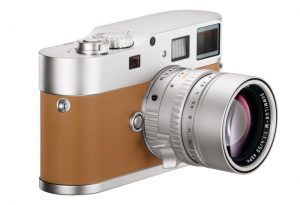 The company was kind enough to do an unboxing, so that we don’t get our dirty hands on it.

The highlight of the Leica M9-P “Edition Hermès” is the “Veau Swift” calfskin leather in “ocre,” supplied by Hermès for the leathering of the silver-chromed version of the Leica M9-P camera. This extremely fine and supple leather is applied not only to the camera body, but is also used for the shoulder strap included in the set. The camera also sports a special design, created in collaboration with the automotive designer Walter de’Silva. Furthermore, various features of the camera body have been redesigned, including the top deck, the base plate, the shutter speed dial, the multifunction wheel and the shutter release. These details distinguish the cameras from the standard version of the Leica M9-P and emphasize the unique status of the limited edition. In addition to a dedicated serial number, each camera also bears one of a series of consecutive limited-edition numbers.

The Leica M9-P “Edition Hermès” is offered in two different sets, with either one or three lenses. When compared with their standard versions, the design of all the lenses incorporates numerous differences in their details, ensuring a perfect harmonization of the cameras, their lenses and accessories.

This first of the Leica M9-P “Edition Hermès” sets is available from June 2012 in a worldwide limited edition of 300. In addition to the camera, the set includes a silver-anodized Leica Summilux-M 50 mm f/1.4 ASPH.

Following this will be a very special set available from July 2012. The Leica M9-P “Edition Hermès – Série Limitée Jean-Louis Dumas” is a celebration of the friendship and collaboration between Jean-Louis Dumas, the former president of Hermès, who passed away in May 2010, and Leica Camera AG. A strictly limited edition of only 100, the camera in this set is accompanied by three lenses: a Leica Summicron-M 28 mm f/ 2 ASPH., a Leica Noctilux-M 50 mm f/0.95 ASPH. and a Leica APO-Summicron-M 90 mm f/ 2 ASPH., all featuring a silver-anodized finish.

This unique collection of photographic equipment finds a fitting home in a hand-finished Hermès camera bag that is available exclusively as a part of the Leica M9-P “Edition Hermès – Série Limitée Jean-Louis Dumas.” The camera bag is the first Leica camera bag ever to have been created by Hermès, a company world-famous for its manufacturing excellence. As an homage to Jean-Louis Dumas, a Leica photographer, this second set also includes a book with a selection of his pictures. The photographic work in two volumes shows an entertainingly diverse portfolio of 200 black-and-white images on 190 pages, all captured by Jean-Louis Dumas with his Leica M camera.

In the limited edition, the frame selector lever, accessory shoe and Leica script on the top deck have been omitted in favor of its unique design. In all other technical details, the cameras and lenses of the special editions are identical to those of the standard versions.