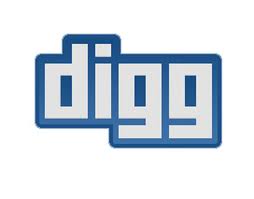 The sale of the seven-year-old site marks a colossal loss for its former venture capital backers, who put in a total of $45m during its life as an independent.

Digg reportedly still gets more than 16 million monthly unique visitors – but it has lost its ability to drive the direction of the net’s interest as it once did.

Having once looked as though it could be the biggest driver of such social news, the site stumbled multiple times in trying to remake the way that users could vote stories up or down its front page – and lost its advantage over rivals sites such as Slashdot and Reddit.

In a statement on its site, Betaworks said: “Digg is one of the great internet brands, and it has meant a great deal to millions of users over the years. It was a pioneer in community-driven news.

“We are turning Digg back into a startup. Low budget, small team, fast cycles. How? We have spent the last 18 months building News.me as a mobile-first social news experience. The News.me team will take Digg back to its essence: the best place to find, read and share the stories the internet is talking about. Right now.”

None of Digg’s remaining employees will join Betaworks as part of the acquisition. Chief Executive Matt Williams will join venture capital firm Andreessen Horowitz as an entrepreneur-in-residence.

Shivaank Rana
iGyaan's Carlos Santana! Shivaank loves Apple products! He stays up to date with the latest happenings of the tech world and gets his hands dirty with the latest Gadgets! Follow Him on Google Plus : Google+
You Might Also Like
iGyaanLatest
Read More