Facebook For iOS Updated To Version 5.1 With New Features 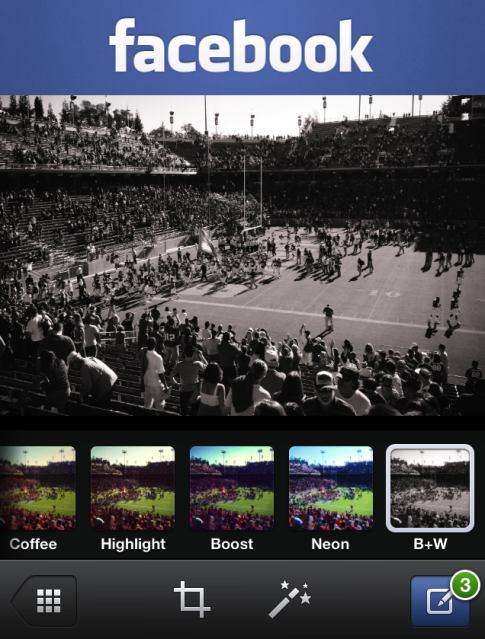 Facebook for iOS got a nice bump yesterday when it was updated to version to 5.1. Unlike its Android counterpart, which seems to be trapped in development purgatory, the iOS version of Facebook is being regularly updated with new features and improved performance.

The new version of Facebook’s iOS app has the yet-to-be launched Gifts feature built-in, so users will be able to send their friends presents through the social network while on the go.

Messenger is now more streamlined. The Facebook for iOS app now gives users the ability to swipe left anywhere in the app to quickly see who’s available online and send a message. Friends can also be added to the favourite bar for quicker and easier access.

Some other new features found in Facebook’s iOS 5.1: Users can form a favorites list of friends they contact frequently. Instagram-like photo filters can be applied to photos, and it’s now easier to share multiple photos, just like you can with the Facebook Photo app. It also allows multiple photo uploading.

The update is available for download from the App Store.