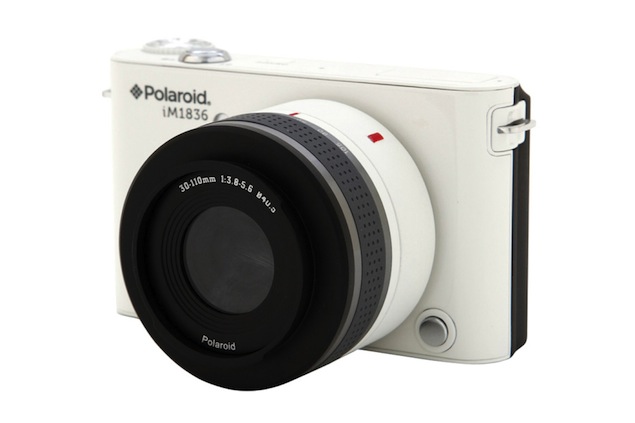 The first Android based mirrorless interchangeable lens camera from Polaroid (iM1836) is now official and it is indeed produced by Sakar as previously reported.

Following in the footsteps of Nikon and Samsung, Polaroid’s is the first with interchangeable lenses. The camera runs Android 4.1 Jelly Bean and has an 18.1MP sensor that can capture 1080p at 60fps.

Of course, it is WiFi-enabled and has Bluetooth connectivity for easy transfer between devices, and is significantly smaller than the Galaxy Camera, with a 3.5-inch multitouch display.

Not only does the Polaroid iM1836 better spec’d than its immediate competition, but it will come in at $399, some $200 cheaper than the Galaxy Camera, and includes a 10-30mm equivalent kit lens.

The Polaroid iM1836 camera looks like fantastic value, especially since it will be compatible with any micro 4/3 lens with an adapter.

Technical specs of the Polaroid iM1836 :