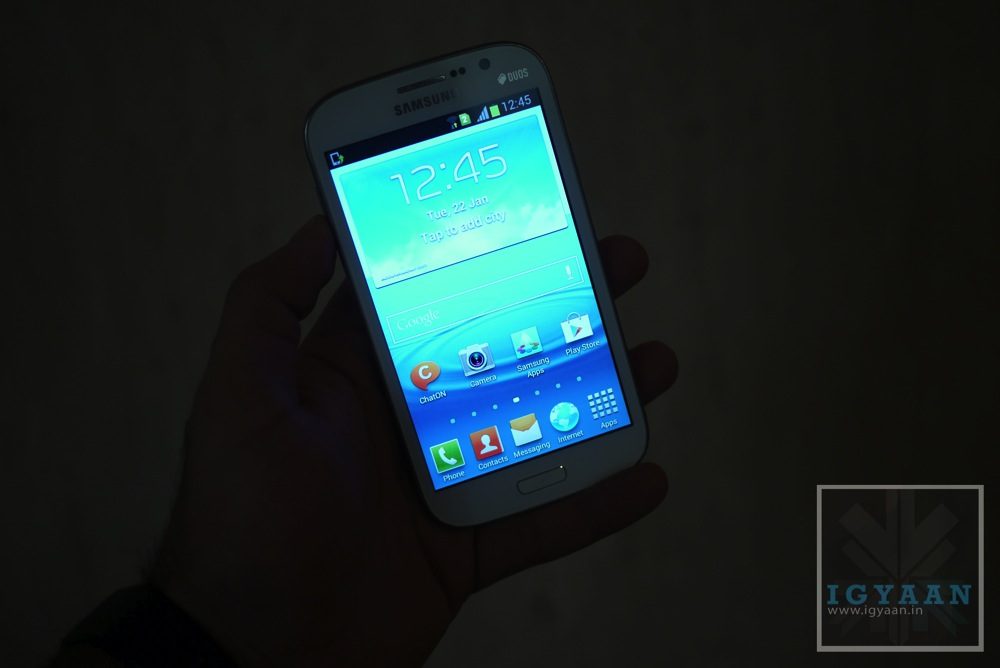 Samsung saw the “Indian” version of the PHABLET and decided that it needed to penetrate the market which was dominated by lower class devices. The new Samsung Galaxy Grand aims to do that, with slight bit of problem the initial market price of Rs 21,500.

At first the Galaxy Grand looks like a fuse between the S3 and the Note 2, however it has features of neither  (except the looks). The Samsung Galaxy Grand is powered by a 1.2GHz dual-core processor, it has 1 Gb of RAM and 8GB internal storage which honestly is the only current redeeming feature. The Grand also belongs to the DUOS series since it a dual sim phone.

The front of the device has a 5 inch 480×800 px display which surprisingly is very clear and vivid with good outdoor visibility. The phone also has multi window which we demonstrated in our hands on video (coming up.) On the back, the Samsung Galaxy Grand features an 8 megapixel primary camera with LED flash, which if Samsung is to be believed has “enhanced optics”. At first it just seems like a bunch of gimmicks, only a final review will tell. The camera however  zero shutter-lag and a backside illumination sensor.

The build quality of the phone is also standard Samsung style, so plastics all round, keeping manufacturing costs low for the device. Samsung Galaxy Grand comes with Jelly Bean and Touch Wiz designed for Jelly Bean. So Samsung though it fair enough to stuff the phone with features like “direct call” and “popup video” from the Galaxy S3 and Note 2. [pullquote_left]”too little too late”[/pullquote_left] Although the Galaxy Grand is a noble attempt from Samsung, is the device “too little too late” especially considering the “Indian” counterparts one up-ed Samsung just a day ago. While true usage capabilities will only come with the final review, as far as The Galaxy  Grand is concerned, it should be a decent if not “GRAND” add-on to the lineup of devices from Samsung. However considering sheer market value and brand value, a stable user experience and a good user support coverage, the device will be a great eye candy and will attract a lot of buyers, especially those who will prefer a “brand” over specs.

The final device will drop the matte bezel and will adopt a shiny glossy bezel, similar to the one on the Note 2. The added flip cover and the striking resemblance to the mammoth flagship will enable the user to pass the Galaxy grand as a Note 2 to the unknown eye. That is essentially what will make this device really popular for the Indian psyche. 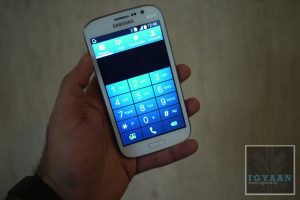 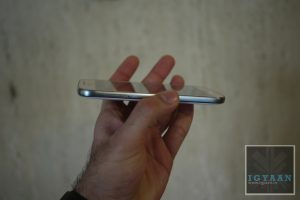