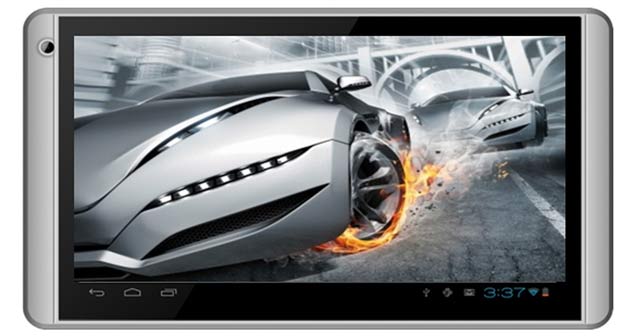 Videocon has launched another budget Android tablet in the Indian market – Videocon VT71. The tablet is available online for Rs 4,799/-

The tablet runs on 1.2GHz processor and is powered by Android 4.0 (Ice Cream Sandwich) OS out-of-the-box.

The all-new Videocon VT71 tablet features a 7-inch screen with resolution of 800x480p. It has 512MB RAM and 4GB of internal storage, which can be expanded up to 32GB with microSDcard. The device’s connectivity features include Wi-Fi, microUSB and 3G (via dongle). The tablet has a 3200 mAh battery.

[quote]Khalid Zamir, Head Product Planning and Development, Videocon Mobile Phone, said, “The Videocon VT71 is aimed towards the emerging tablet market of the country which is on an unprecedented growth spiral as of today, and will become one of the lead generators of revenue in the telecommunications market, going forward. Through the engaged device, we seek to create an immersive tablet experience for the discerning consumer, and afford him the best of multimedia experience on a 7-inch device. The announcement of the VT71 is an endeavour to expand the product portfolio of the segment and embark upon a pertinent customer engagement program wherein by affording them the range of tablet devices, we seek to bring about an engaged tablet experience to them.”[/quote]

The company had launched the VT10 with a 10-inch IPS display last month for Rs. 10,999. Its 10-incher also showed a decent spec sheet including 8GB internal memory, 32Gb expandable memory with microSD card slot, support for Wi-Fi, Bluetooth and HDMI.