Samsung has been enjoying a really successful time of things in the last year or so in the smartphone market with a number of hugely successful products on offer. Its recent successes were arguably built on the Samsung Galaxy S2 that was released in 2011 and is still available today. Now though the company has revealed the Samsung Galaxy S2 Plus and we have the official specs and details for you.

Initially outfitted with Android 2.3 Gingerbread, the original S2 received an update to Android 4.0 last June and is finally due up for Android 4.1 sometime soon.

Otherwise, most of the tech specs between the S2 Plus and the original S2 are the same.

Like its predecessor  the Samsung Galaxy S2 Plus will offer a 1.2 GHz dual-core processor, 1GB of RAM, and a 4.3-inch WVGA Super AMOLED Plus display. An 8-megapixel camera with an LED flash is on the back, while a 2-MP camera graces the front. But the rear camera now comes with a zero-lag shutter speed that can more easily capture fast-moving objects.

The Samsung Galaxy S2 Plus offers 3G in the form of 21Mbps HSPA+, dual-band Wi-Fi, and Bluetooth 3.0.The Plus’s built-in storage has been trimmed in size to 8GB from the original’s 16GB or 32GB. But the new model’s SD storage can handle up to 64 gigabytes of data, while the original maxed out at 32GB. The Plus also includes an option for near-field communications support so people can use the phone for mobile payments.

We will be back with the pricing details and a hands-on video soon, so stay tuned! 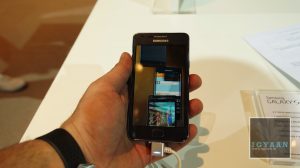 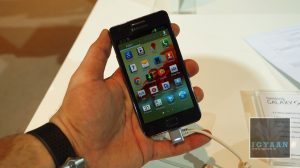 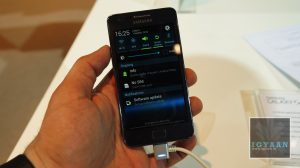 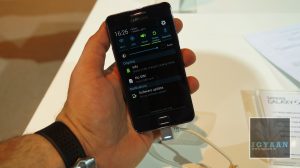